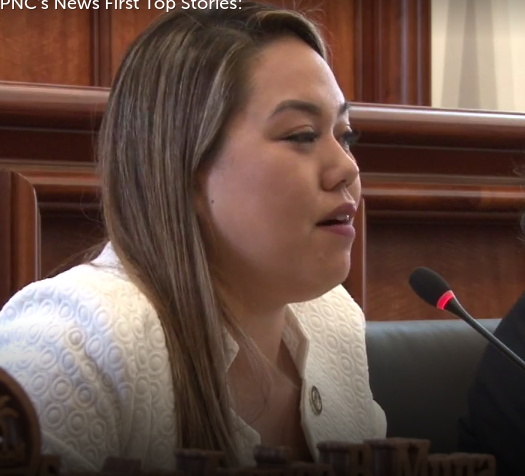 Bill 72-35 abolishes the 11-member Public Guardian Review Board and replace it with the Working Interdisciplinary Networks of Guardianship Stakeholders or WINGS, within the Judiciary of Guam.

As part of the Office of the Public Guardian (OPG), the review board was established to consistently monitor appointed guardians. The body’s only mandatory duty was to review the care and protection of those under guardianship by the public guardian every six months.

WINGS is a court-community partnership designed to bring together stakeholders from public and private entities in the guardianship system to work directly with the OPG and the Judiciary to improve the island’s services and processes.

Bill 73-35, the second legislation introduced by Shelton, change the size of the Guam Council on Senior Citizens from 17 members to 9 members, requiring only 5 for a quorum.

The body works with the Division of Senior Citizens in the Department of Public Health and Social Services to coordinate programs, activities and services for the elderly.  The council also acts as the Senior Citizens Housing Board that plans and approves elder housing.

The 2018 Transitory Advisory Committee’s Subcommittee on Boards, Commissions and Governance, lead by Attorney Anita P. Arriola found that there are 112 boards, commissions and councils in Guam law, with 945 statutorily required members for all boards.

The subcommittee found that “the sheer number of boards and commissions is overwhelming.”

A key component of the advisory committee’s findings was to prioritize and streamline government and make it more efficient and eliminate unnecessary waste, red tape, and bureaucracy.

The subcommittee found that several boards and commissions lacked members or the ability to make a quorum. The usefulness of some of the bodies was also questioned by the committee.