A pair of bills that would bypass the foster care system and place abandoned infants in permanent loving homes received strong support from critical service providers at a public hearing Tuesday morning.

Ohala’ Adoptions, the Safe Haven Pregnancy Center, Harvest House, and the Guam Memorial Hospital Authority applauded Bills 108-36 (COR) and 109-36 (COR) for providing another option for mothers who cannot care for their infant but may not want the child in the foster care system.

Under Guam law, infants relinquished under the Newborn Infant Safe Haven Act are placed in foster custody—a process that may involve multiple placements in different homes. Now that Guam has non-profit adoption services, inserting adoption agencies into the chain of custody will allow infants to be placed with pre-approved families.

“By pre-approving our prospective adoptive families, we are able to have an immediate option for the placement of infants directly into a safe and stable home, said Ms. Lori Boss, Executive Director of Ohala’ Adoptions. “Multiple placements are a major contributor of trauma for children in care. Anytime foster care can be avoided and a permanent placement made instead, there is less trauma for an infant.”

While the Department of Youth Affairs/Child Protective Services opposed the bill, contending that they should maintain custody over relinquished infants, foster care parents and crisis workers in the community testified differently.

“I deal directly with mothers who come in crisis situations. Most of the girls who want to give up their baby for adoption are from crisis situations. We get calls all the time that CPS is overloaded and now you’re telling us it’s not okay for us to be a safe place to drop the baby?” said Jen Nauta, founder of the Safe Haven Pregnancy Center, in response to DYA/CPS opposition to the bills. “We want to help CPS—that’s what we’re here for. We are here because there’s an overwhelming need and we don’t want to see any more babies in dumpsters, on doorsteps, or dying.”

If enacted, Bill 109 would insert adoption agencies into the chain of custody for relinquished infants. The agencies would then contact adoptive homes pre-approved under the law. Concurrent with the measure, Bill 108 amends the Guam Adoption Policies and Procedures—allowing adoption agencies to facilitate placement of infants directly into a safe and stable home.

“Bills 108 and 109 have one goal in mind: to ensure every abandoned infant finds a safe and loving home. To do that, we need both Child Protective Services and an equally robust adoption system,” said Senator Torres. “I want to thank every foster parent, crisis worker, and service provider for their passionate testimony today. You’ve opened your homes for our children in need; we’ll be working to move these policies forward on your behalf.” 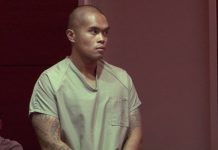 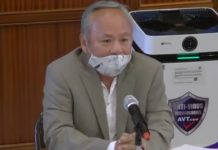 Guam eligibility for Pfizer COVID-19 vaccine expanded to 12 years and...