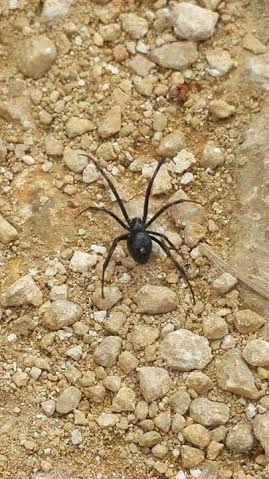 DOAG Biosecurity Division confirms that a black widow spider was found at the Okkodo pipeline.

Guam – A Black Widow spider was found at the Okkodo pipeline today.

According to Department of Agriculture Bio-security Division Acting Chief Pat Artero the Black Widow was reported by a truck driver who was transporting a container of pipes from the Port Authority of Guam to the Okkodo pipeline for a construction project there. Artero says that the bio-security team inspected and did a spot treatment of the entire area and only found one spider.