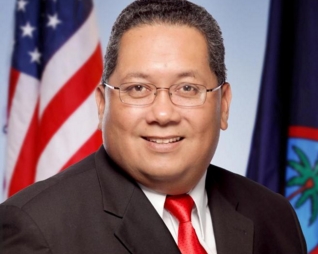 Senator Frank Blas Jr. is requesting that the White House push for War Claims on behalf of the people of Guam.

Guam – Senator Frank Blas Jr. is requesting that the White House push for War Claims following a statement released by the President’s National Security Advisor, Susan E. Rice, congratulating the Governments of Japan and the Republic of Korea on reaching an agreement on the matter of “Comfort Women.”

Senator Blas is now asking Rice to pursue this issue with regards to the Chamorro people. In his letter to Rice, he encourages her to become an advocate for Americans whose family members were brutalized as comfort women at the hands of Japanese forces during World War II, adding that the Chamorro people endured unspeakable atrocities. Blas writes that the cries for justice have made many attempts through Congress to resolve war claim issues, but still, the island’s war claims has not been addressed. Blas adds that Guam is an integral part of the strategic alliances in this region and this movement includes President Obama’s pivot to the Asia Pacific Region.