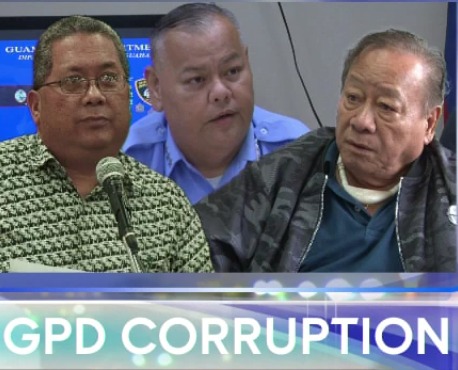 Recently, Senator Jose Terlaje made the news when he issued a press release asking the Guam Chief of Police to investigate allegations of corruption.

In the release, he recused himself from any investigations and passed oversight duties to Senator Frank Blas Jr.

But according to Senator Blas, that was news to him as well.

Terlaje is chairman of the Committee on Public Safety.

In a release issued last Friday, Senator Terlaje said that he has reason to believe the investigation may involve a member of his immediate family.

It was for this reason that Terlaje said he passed oversight duties on to Senator Blas.

“I didn’t know of the press release from Senator Terlaje, nor the appointment..for lack of a better term..as the oversight in any investigation, until Monday,” Sen. Blas said.

Blas said that he eventually spoke with Terlaje about the matter.

A form of the press release was also sent directly to the Guam Chief of Police in the form of a letter.

During a conversation with K57 Tuesday, Guam Police Chief Stephen Ignacio said he’s not entirely sure he can proceed with an investigation.

Ignacio said that the information he can access from an ongoing case is limited.

He said that even if he were to move forward with an investigation, he’d need to seek guidance from the Attorney General.

Senator Blas echoed many of these concerns.

“My role right now is to say, ‘Okay, Chief, if you are in fact doing these things, if you need any help from me in any way, give me a call.’ But other than that, I don’t think there is a role right now, or there is a possibility of having an oversight in the midst of an investigation. It’s just not kosher. I don’t want to be..or take part..or have anybody take part in an inquiry that may meddle into an investigation if there is one,” Blas said.