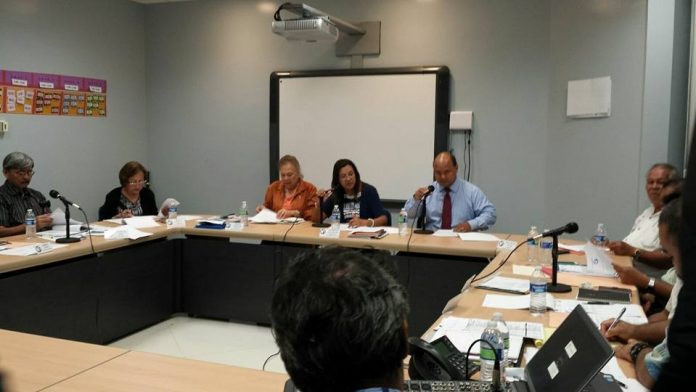 After getting feedback from students, parents and teachers, the Guam Education Board decided to release all students out early.

Last night, the Guam Education Board unanimously decided to release all schools out earlier than originally anticipated. All Guam Department of Education students will be released on May 17 and teachers will be released on May 20.
GDOE Superintendent Jon Fernandez says, “I ran a poll on Twitter and received 1500 responses to get gage where students might be and a lot of them as I expected are pushing for all schools to be let out at the same time. So did parents, they overwhelming supported ending all classes at the same time. So last night I made the recommendation to the board to go ahead end all classes on May 17th and ensuring them we met the minimum instructional mandate.”
Initially, GDOE Superintendent Jon Fernandez only asked the board to release the eight schools that will be housing Fest Pac delegates on May 17th, which gives the department two extra days to prepare the campuses, instead of the planned last day of school on May 20th. He says it would’ve been impossible to prepare the campuses if the eight schools were let out on May 20th, which is the same day the first of the delegates are expected to arrive. The eight schools to house the delegates are: Agueda Johnston, Astumbo Middle, JFK, Okkodo High, Jose Rios Middle, Southern High, Tiyan High, and Untalan Middle.
Fernandez says, “With all that said, the board took into consideration those recommendations, approved them, and now we can clarify to the community how the end of the school year will look like and how we’re going to transition the campuses into housing for our Fest Pac delegates.”
But since this school year schedule is special and accommodates the Fest Pac schedule, how does the school year look for 2016-2017?
Fernandez explains, “That calendar includes 173 school days and 7 professional development days and ensures we meet minimum instructional time for elementary, middle and high schools. We’ll get that out to the community soon so they can start planning for the start of the school year tomorrow and so forth.”
First day of classes for school year 2016-2017 is set for August 18 and the last day set for May 26.