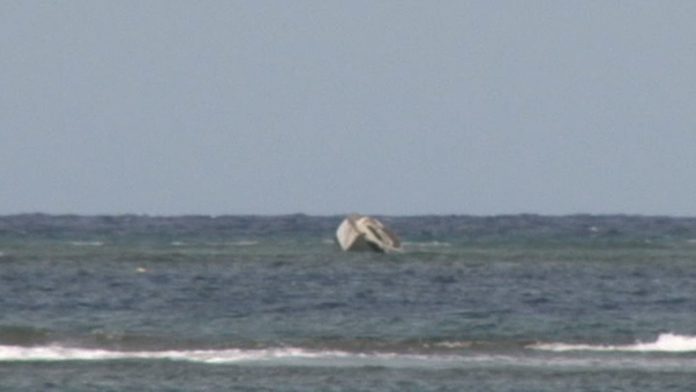 Guam – Another boat has run aground on the reef in the southern village of Agat.

A source told PNC that the boat was hastily moored after it broke down. The source says calls were made to both the Guam Fire Department Agat Rescue Unit and the U.S. Coast Guard on March 3rd warning that the boat looked like it was going to break free soon. The source says another call was made to GFD on the 12th of March. The boat eventually broke loose and crashed on the reef this week. The source noticed the boat yesterday on the reef and again phoned it in. PNC was not able to get in contact with anyone from the U.S. Coast Guard and GFD had not replied to our inquiries as of news time.