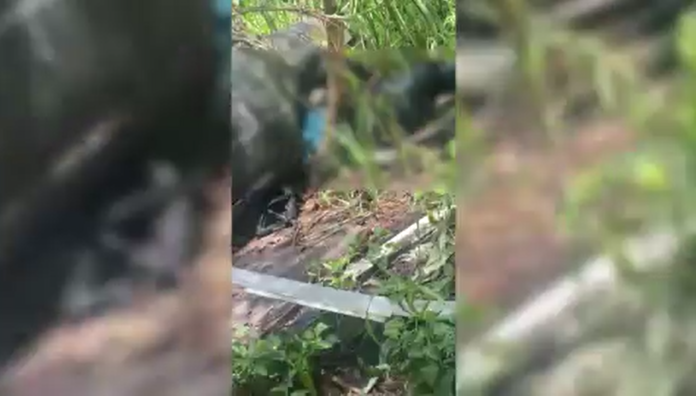 A body was found in the jungles of Harmon.

Yesterday, Tumon Precinct officers responded to a call and reported to the MW Corporation in Harmon.

According to the Guam Police Department, upon officer’s arrival, they met with the reporting person who said that they located a body within the jungle area after following a trail that led to abandoned vehicles.

A video that is making its way through group chats shows —- what appears to be a body pinned under a car in a jungle.

The body appeared to have been decaying and there for a while.

GPD says the video circulating is the deceased male. No positive identification has been made at this time.

GPD added that the investigation indicated the lone male was trying to remove a catalytic converter from the abandoned car, with faulty equipment in which the vehicle collapsed upon him.

No foul play has been suspected and the case is still under investigation.