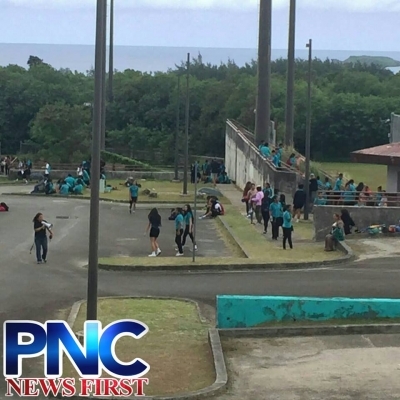 GPD is reminding the community that any information about the recent bomb threats can be provided to Guam CrimeStoppers at 477-HELP (4357). GPD Officer Paul Tapao said if you call and the information you provide leads to an arrest, you could get a cash reward up to $1,000.

Guam – At about 8:20 this morning, another bomb threat was reported at Southern High School, according to GPD Spokesman Officer Paul Tapao.
This story is still developing. This is the sixth bomb threat at SHS this month.
It was one bomb threat after another at various local schools in the past couple of weeks. Yesterday, however, there were five bomb threats at five different schools all in a day. Bomb threats were reported at Benavente Middle School, Inarajan Elementary School, Inarajan Middle School, Southern High School, and JP Torres Alternative School.
Overall, there is a total of 16 bomb threats reported at local schools this month.