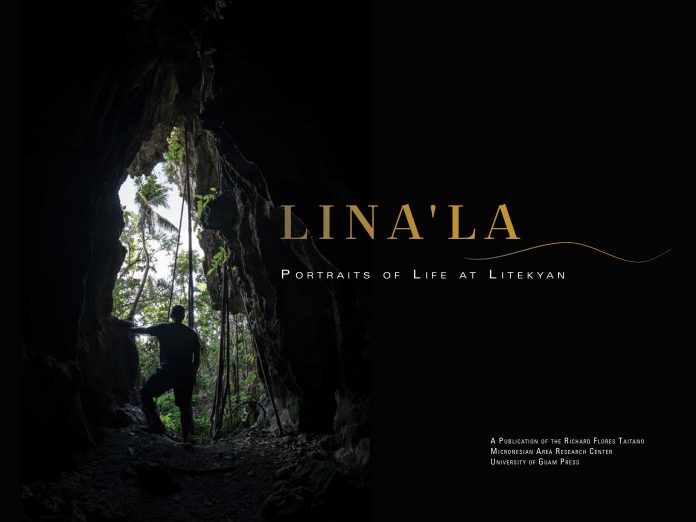 Guam – As the island struggles with its identity in the face of Americanization, militarism, politics and other factors like environment and cultural shifts, one thing that remains pure and unadulterated is its rich cultural history.

And if you’re interested to learn more about how our ancestors once lived even before the iconic latte stones were ever erected, a new book launching this week may have some answers for you.

What were our ancestors like? How did they live? What did they eat? How did they survive? And as the island became colonized, how did the lives of the Chamorro people change?

We may never have all the answers we seek but we can learn about our history with as much resources and evidence as possible.

A new book launching this week, titled “Lina’la’: Portraits of Life at Litekyan,” may open some once closed doors to our past. Although the book focuses primarily on one area of the island, it is one of the oldest settled parts of the region.

University of Guam Professor for the Micronesian Area Research Center Dr. Mike Carson, who’s also a contributing author, says the book offers an intimate look at the way some of our ancestors lived.

“How did people thousands of years ago deal with changes in their weather and climate or sea level or different geological processes and population growth, typhoon and these things? What we deal with today in our way but people in the past have been dealing with it for a long time, we can learn from them,” said Dr. Carson.

The book offers some stunning images of one of the remaining lost villages of Guam, still, for the most part, undisturbed. In Litekyan, as can be seen in the book, artifacts dating back thousands of years still remain.

“The oldest findings here are the oldest in the region and they’re 3,500 years old. So that’s the first time people were living in the Marianas. So there’s a few sites in the Marianas that are that age and the Litekyan site is one of them,” explains Dr. Carson. “So this book, you get a sense of that and how the artifacts changed over the last 3,500 years. Different designs of pottery, different kinds of ornaments that people made, very specialized.”

Dr. Carson began studying the Litekyan site with other archeologists in 2005 but with the continued and advancing militarization of the island, in 2015 there became a heightened sense of awareness and urgency to preserve the site as carefully as possible.

“In fact there’s quite important discoveries that have been made and good amount of knowledge to be shared that just hasn’t made its way into the public. So about 2015 we realized at MARC that we have a responsibility to share some of that knowledge in a way that people will understand,” Dr. Carson notes.

Hence this book. Three years in the making, Lina’la’: Portraits of Life at Litekyan will give people a chance to travel back in time and offer a deeper sense of appreciation of the Chamorro people and its culture.

“For this book we want to encourage people to be interested in the place as well as generally in Chamorro culture and history, to tell this story of this place from many different perspectives from the modern perspective of families who have very strong feelings about this place of love and loss and thinking of the future in different ways and we want to bring that out in the book. Also, for people who think of this place as quite important for ancestry of all people in this larger sense, that also needs to be told,” he said.

A book launch for Lina’la’: Portraits of Life at Litekyan is scheduled for this Thursday, July 26 at 5:30 p.m. at Lujan House in Hagatna. The book will be available for sale for $42 dollars.

You can read the press release below:

The University of Guam Press invites the community to celebrate the release of its newest publication, “Lina’la’: Portraits of Life at Litekyan.” This groundbreaking book features an incredible collection of photography, educational illustrations, research, and stories about the ancient village of Litekyan (Ritidian) in Northern Guam. The book’s launch will take place from 5:30 p.m. to 7 p.m. on Thursday, July 26, at the historic Jose P. Lujan House, located at 167 Padre Palomo Street in Hagåtña. The book will be available for sale at the event for $42.

“‘Lina’la’: Portraits of Life at Litekyan’ is an especially unique and powerful publication that not only provides valuable information about such a significant historic and cultural site, but also about the history of the CHamoru people,” said Victoria-Lola Leon Guerrero, Managing Editor of the University of Guam Press.

The book gives readers an intimate understanding of Litekyan, one of the only places on Guam where every period of human life can still be traced. It also serves as a community resource that weaves the historic significance of the area with its modern-day community value and highlights recent efforts to protect Litekyan from restricted access to the area due to the U.S. military’s plans to construct a nearby firing range.

“Lina’la’: Portraits of Life at Litekyan” is a publication of the Richard Flores Taitano Micronesian Area Research Center (MARC), which holds the most extensive repository of information about Guam and Micronesia.

“The book features a stunning collection of photos that capture the artifacts and legacies of Litekyan, so it will be a vital addition to MARC’s regional scholarship and storytelling resources,” said Dr. Monique C. Storie, Interim Director of MARC.

This publication was funded in part by a contribution from the Guam Preservation Trust, whose goal is to preserve and protect Guam’s historic sites, culture, and perspectives for the benefit of the island’s people and future. The book was also made possible through the contributions of images and information from Litekyan landowners, community organizations, traditional healers, cultural practitioners, researchers, the Guam Wildlife Refuge, and local artists and photographers.

The community is also invited to learn more about Litekyan on July 28 during Archeology Day at the Guam Wildlife Refuge Ritidian Unit. Activities will be held at Litekyan throughout the day from 7:30 a.m. to 4:30 p.m. For more information about Archeology Day, contact the Guam National Wildlife Refuge at 355-5096 or email Program Manager Dr. Larisa Ford at larisa_ford@fws.gov.

For more information about the book and its launch, please contact Victoria-Lola M. Leon Guerrero at 735-2154 or victorialola@triton.uog.edu.