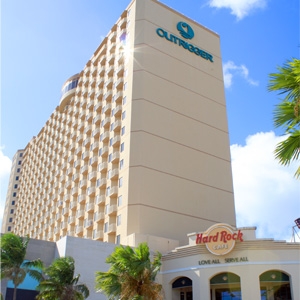 Guam – Congresswoman Madeleine Bordallo is maintaining her innocence amid the allegations of ethical violations, alleging it was launched based on a politically motivated complaint.

Key details in the report, however, indicate that the Office of Congressional Ethics has a laundry list of hard evidence that may tarnish the congresswoman’s longstanding political career.

She calls it a politically motivated complaint. Who lodged the complaint? Her Communications Director Adam Carbullido told PNC when we asked who filed the complaint, “I would point you to the congresswoman’s response in the OCE referral.”

Sure enough, in the very first line of her introduction, it says, “The record reveals that the OCE erroneously pursued a review against Del. Bordallo on the word of a former employee who resigned after facing criminal charges.”

The OCE’s report does not name individuals they interviewed or who lodged the complaint, but it does indicate that it extensively interviewed the delegate’s former chief of staff. The only chief of staff who resigned from Bordallo’s office in 2015 and also faced criminal charges was John Whitt who did not respond to our request for comment as of news time.

While the longstanding congresswoman denies allegations of any kind of ethical violation, the 43-page OCE report contains details that are difficult to ignore.

First, the report cites potential violation of the emoluments clause which prohibits government officials from receiving gifts or emoluments from foreign entities.

In this case, the potential violation could be from Bordallo’s lease agreement with the government of Japan. The Japan consulate office on Guam has been leasing Bordallo’s Jonestown residence for over 20 years.

But one of Bordallo’s defenses is that the foreign emoluments clause may not apply to her because she is a non-voting delegate and therefore technically not a member of Congress. Independent of that, the congresswoman also points out that the lease predates her time in Congress and she has never taken any congressional action that would benefit Japan.

According to the report, Bordallo stayed at the Outrigger 98 percent of the time she was on Guam and often stayed in penthouse suites that were reserved for family and not regularly part of the hotel’s 600-room inventory.

However, there were a few stays in question that could indicate misuse of federal funds. In particular, there was an eight month period in which Bordallo was prohibited from staying at the Outrigger for free.

The OCE interviewed Bordallo’s former chief of staff who reportedly told the OCE that “Mr. Ysrael did not know that Del. Bordallo stayed at the resort for free and that Mr. Ysrael was upset when he learned about the arrangement.”

It was during this time period that Bordallo may have fraudulently used federal funds to pay for her hotel stays on Guam, which is prohibited by law.

According to the report, the former chief of staff said he “asked the congresswoman whether she was willing to pay for the room herself and she was not willing to do that. She told me to figure it out, take care of it.”

So the former chief of staff paid for Bordallo’s hotel rooms using MRA or Members Representational Allowance funds during the time period she was essentially banned from free hotel stays.

As such, the congresswoman’s hotel room would have been paid for using official funds. The OCE distinctly points out that Washington-based staff can use official funds to pay for lodging at the home district, but the delegate cannot.

Eventually the alleged dispute between Bordallo and her brother-in-law was resolved, according to Bordallo’s former chief of staff, and her free stays at the Outrigger resumed.

He said in the report, “She had a personal meeting with Mr. Solberg (General Manager), one-on-one, without the involvement of any staff or myself,” and “I believe she said to a district director to go add up how much business we bring to the Outrigger, and shouldn’t we be getting a free room for all that business. And I warned her not to do that. So we never provided that information to her. She said, ‘Well, it must be $200,000 to $300,000 a year.'”

In her response, Bordallo emphasizes that the Ysraels are her family and she didn’t pay to stay at the Outrigger because she is family. She also disputes the OCE’s suggestion that her free hotel stays were anything other than gifts from family, saying the fact that the Outrigger is an LLC does not invalidate the exception to House Rule 25.

That is where the proverbial thin line is drawn and House rules may be interpreted differently. The OCE points out that property that’s typically used for business purposes, such as the Outrigger Hotel, is not an exception.

The total amount the OCE calculated Bordallo received in free hotel stays at the Outrigger is between $117,000 to $362,000.

In addition to “free” hotel stays, the OCE alleges Bordallo used MRA funds to pay for her meals at the hotel and visiting Congressional Delegations would often stay at the Outrigger as well.