The National ProStart Invitational is the nation’s top restaurant management and culinary arts high school competition held from April 19 to 21.

ProStart is a three-year nationally recognized program developed by the National Restaurant Association Educational Foundation (NRAEF). It is based on the study of food preparation, customer service, and food service management. The program is led by the Guam Community College and the Guam Department of Education, and is available at Simon Sanchez High School, George Washington High School, John F. Kennedy High School and Southern High School.

“I congratulate Team Guam on winning first place in our nation’s most prestigious restaurant management and culinary arts competition for high school students,” said Congresswoman Bordallo. “I join our community in congratulating our culinary champions for a job well done, and I commend Angelica, Airen, Leyann, and Mac on being ambassadors of our island’s cuisine and traditions.” 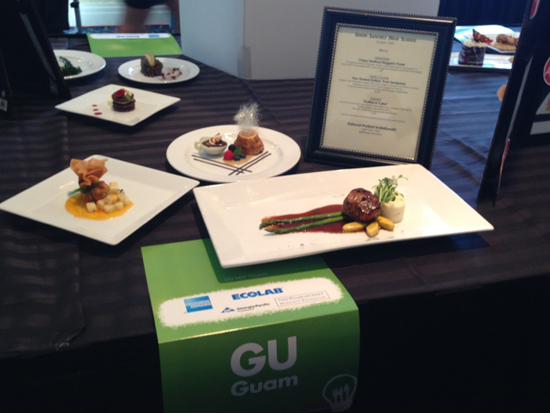