Members of congress cannot earn more than 15 percent income outside of their congressional salaries.

Washington, D.C. – The ethics case against long-time Guam Congresswoman Madeleine Bordallo is still not clear, but it may hinge on rules covering outside income and gifts.

Congresswoman Bordallo insists through her spokesman, Adam Carbullido, she violated no House ethics rules and the complaint against her with the Office of Congressional Ethics, now referred to the Ethics Committee, is “politically motivated.”

The Committee and its investigative office have so far not returned phone calls for more specific information on the nature of the case; nor has the D.C. law firm Bordallo hired to represent her—KaiserDillon PLLC, which handles white collar crime.

Carbullido disclosed that since the Congresswoman cannot travel back to Guam each weekend like other lawmakers due to the distance and time it takes, Bordallo stays at her sister’s “apartment” and leases her home in Jonestown, Tamuning.  She also owns rental properties in Ocala, Florida and Las Vegas, Nevada.

Guam Democrat Party Chair and a former Bordallo Chief of Staff Joaquin Perez, interviewed as part of the House ethics probe, says the Bordallo home is being leased to members of the Japan Consulate Office.

House ethics rules specifically limit outside income to no more than 15 percent of the annual rate of pay for Level II of the Executives pay Schedule, at $187,000 since January 1.

That would place the annual outside earned income limit for House lawmakers at about $28,000. Bordallo’s Congressional filings show total rental income in the range of $80,000 $200,000 a year. Her Congressional salary is $174,000 annually.

Gifts from relatives, meanwhile, are exempted from ethics rules, so if Bordallo was staying at her sister’s apartment for free, that would be permitted, based on a simple reading of the rules.

The rules also prohibit conflicts of interest, raising the question of whether receiving lease payments for her home from Japan’s Consulate or its officials created a potential violation.

Bordallo, as top Democrat on House Armed Services Readiness, has worked extensively on issues involving Japan and its government, including base realignment from Okinawa to Guam.

The House Rules also require members and staff to recuse themselves from any matter involving a conflict of interest or the appearance of a conflict and notify the Committee of the recusal.

Bordallo’s office says she’s cooperating with the investigation and looks forward to a “timely resolution,” which could happen as early as September. 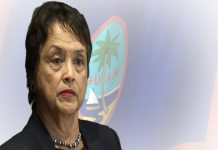 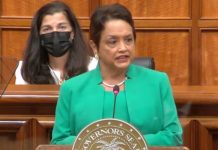