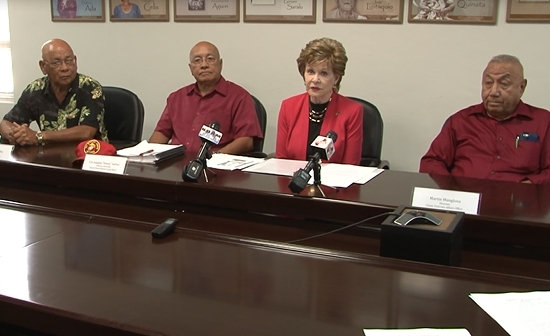 The House of Representatives is expected to consider the full bill before the end of May.

Guam – Congresswoman Madeleine Bordallo requested for a provision to the FY17 National Defense Authorization Act that would upgrade several service members’ awards to the Medal of Honor.

At Bordallo’s request, the FY 17 NDAA that was passed out of the House Armed Services Committee on April 28 includes a section which authorizes the review of cases for Asian American Pacific Islanders who served in the Army, Navy, Marine Corps, or Air Force during the Korean and Vietnam Wars and received the highest award for each branch, but not the Medal of Honor. Bordallo said she has been working closely with veteran leaders and stakeholders to include the language for AAPI recognition.

Bordallo said, “Since I’ve been in Congress, people have come up to me with situations where they felt the deeds and sacrifices during the wars, they weren’t given satisfactory recognition. It’s come to me quite a bit. When I approached the ranking member of the defense, he right away accepted this amendment and said ‘we’ll certainly go forward with this’.”

The House of Representatives is expected to consider the full bill before the end of May.