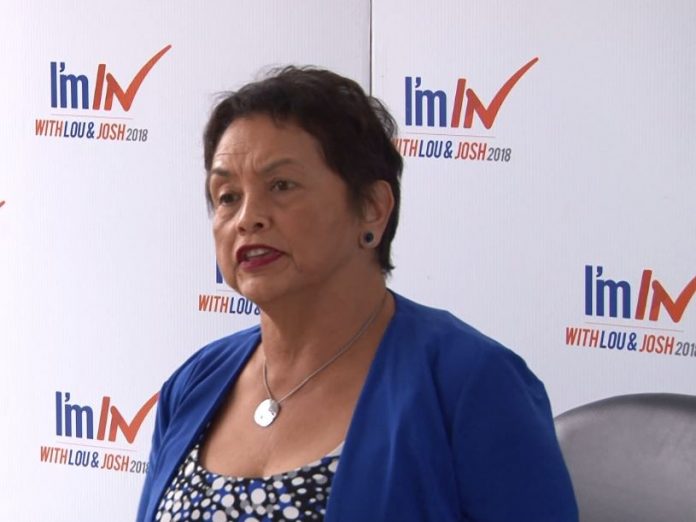 Guam – Is Lou Leon Guerrero fit to serve as Governor of Guam? That is the question her opponents on the BOTA campaign are now asking the Guam Election Commission because of her affiliation with the Bank of Guam.

Leon Guerrero is the daughter of Bank of Guam Founder the late Jesus Leon Guerrero. Lou took over operations of the Bank in 2006 as its president, CEO and Chairman of Board of Directors.

While Leon Guerrero stepped down in May this year to run for governor, the BOTA campaign points out that she continues to earn dividends on bank stocks. According to Attorney Tom Fisher, Leon Guerrero was entitled to receive a quarterly cash dividend of $388,000 last month.

“If elected governor, Ms. Leon Guerrero will be receiving and directing the government of Guam’s money in to what is in effect her own coffers and also receive income generated by these deposits. This is an obvious conflict of interest and would amount to self-dealing at its worst,” writes Fisher.

You can read Fisher’s letter here.