Guam – One of the suspects arrested Friday night for the April 20th Nimitz Hill home invasion had been charged in connection with another notorious case last year, the Crown Bakery abduction. But those charges were dropped.

Raymond C.T. Camacho is accused of the actual kidnapping and sexual assault during the October 15th 2012 abduction from the Crown Bakery.  But he was also accused of forcing the victim to turn over her debit card and pin number during the course of that crime.

Raymond Torres Tedtaotao, along with Corina Lynn Blas,  were later charged on October 27 last year, with receiving that debit card from Camacho and using it to rack up $847 in illegal charges.

READ the Magistrate’s report charging Tedtaotao in the Crown Bakery case HERE [scroll down, 2nd one down]

In a telephone interview with PNC News Sunday, DOC Spokesman Lt. Antone Aguon said the charges against Tedtaotao in the Crown Bakery case were eventually dropped. He did not know why.

In February of this year, the Superior Court Marshals Office issued a wanted notice for Tedtaotao because he failed to self-surrender at the Department of Corrections on February 4th, as ordered by the court.

Lt. Aguon said that Tedtaotao was supposed to have “self-surrendered” for a short term because he had violated the conditions of his release in a separate case involving  Attempted Burglary,  Identity Theft, Theft of Property and Fraudulent use of a credit card. This case was un-connected to the Crown Bakery abduction, said Lt. Aguon. [ It stems from a September 16th, 2011 arrest. Court Case#CF051511. .. see item 11 below].

And following the issuance of that wanted notice, Tedtaotao did come in and surrender.   “He spent 30 to 40 days at DOC” for violating the terms of his release,” in that separate case, said Lt. Aguon.  “He had only been out 2 or 3 weeks when this other thing happened,” said Aguon. 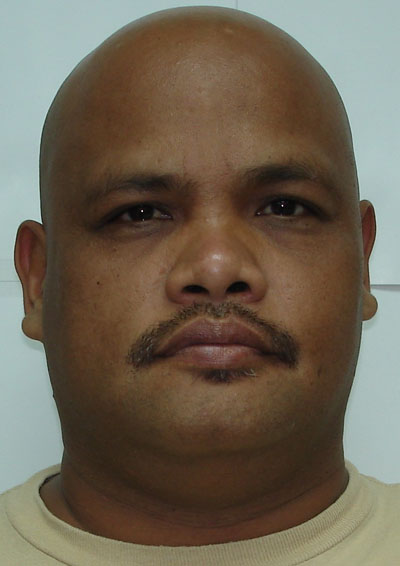 Tedtaotao’s record of confinement at DOC dates back to September 12th, 2002.

3. Date Confined- 11/17/2002 12:50am: Tedtaotao was jailed on charges of Criminal Mischief (x2); Theft of Property (x2) Guilt Established by Complicity; Conspiracy; Possession of a Schedule 1 Controlled Substance (Marijuana); Forgery; Fraudulent use of a Credit Card; Theft by Receiving.

– the record indicates he escaped in December, but was recaptured.

11. Date Confined- 09/16/2011 17:13pm:  One count burglary to Establishment, One Count Attempt (Burglary to Residence), One count Criminal Mischief, One Count Theft of Property, One Count Fraudulent Use of a Credit Card, One Count Identity Theft. Court Case#CF051511.

13. Date Confined- 04/27/2013: 01:36am: Robbery, Burglary, Aggravated Assault, Use of a Deadly Weapon in the Commission of a Felony, Possession of a Firearm without a Firearms ID, Felonious Restraint.

The second suspect in the Nimitz Hill home invasion and beating, 38 year old Anthony Paul Mendiola of Yigo, also has a record of multiple arrests. 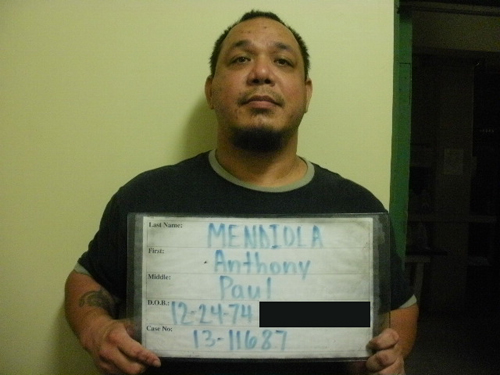