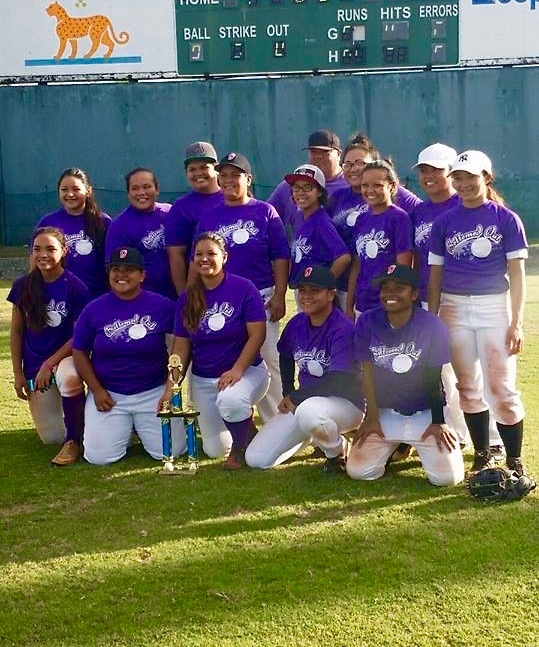 GUAM – After winning the first game of the Guam Women’s Baseball League Championship, Bottomed Out took the field again Saturday to play what could possibly be the championship clinching game with their second win in the best of three series against the GMC Canyons.

Starting pitcher for the Canyons, Tamisha Fejeran showed why she is a force on the international scene, striking out 6 Bottomed Out batters and down 4 runs, crushing her league leading 5th home run in the bottom of the third inning to get the Canyons on the board. 2 more runs scored in the inning to make it 4-3 going into the fourth inning.

That’s when Merced Flores, pitching for Bottomed Out took over, cooling the bats of the Canyons with 3 up, 3 down in the 4th and 5th innings. Bottomed Out was not finished scoring with 2 runners coming across in the 6th inning to make the score 6-3. The game ended on Flores’ 7th strikeout and the 2-hour time limit expiring after six complete innings with Flores holding the Canyons scoreless.

League MVP award went to Merced Flores who was 3-1 pitching on the season. For champions Bottomed Out they finished the inaugural Guam Women’s Baseball League with a record of 8-2, while 2nd place finisher GMC Canyons were 6-4.