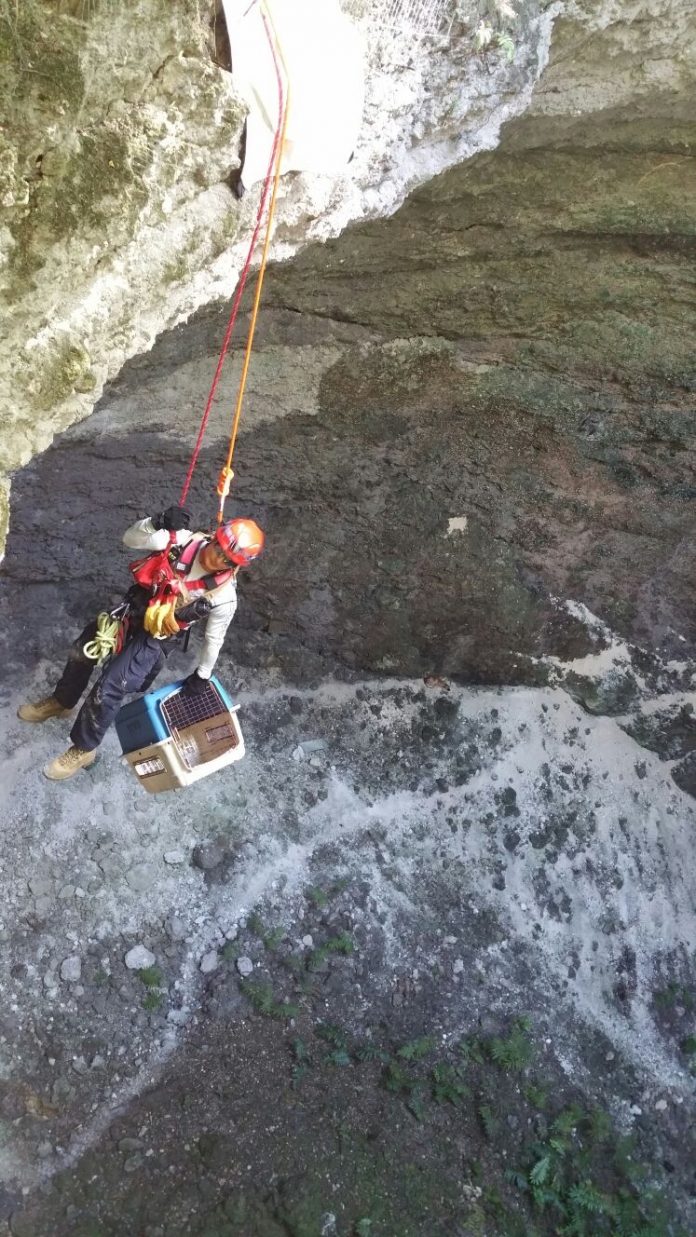 The trapped dog was reported to GFD by a passerby who heard the dog yelping.

Guam – Here’s something that’ll make you proud of our Guam firefighters. Guam Fire Department firefighters rescuing a dog that had fallen into a pit in Oka, Tamuning.

The boonie dog appeared to have fallen in the Devil’s punch bowl area of Oka point.

Guam Fire Spokesman Kevin Reilly says the trapped dog was reported by animal control officers from the Department of Agriculture who received word about the animal from a passerby who heard the dog yelping.

They were seen risking their lives to save the poor pooch./A

nd the dog is reportedly doing fine thanks to the brave efforts of our Guam firefighters.