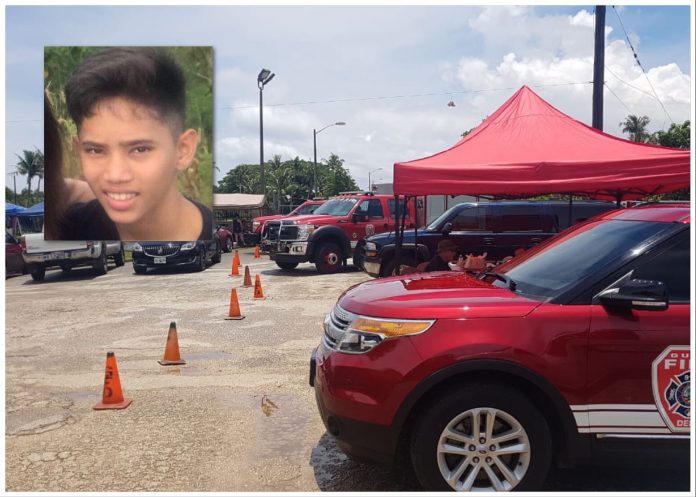 Xavier Akima, 15, went missing Saturday night in the San Carlos Falls and swimming hole area while hiking with eight of his friends who were all minors. GFD says inclement weather and flash flooding contributed to the teen to being separated from the group.

According to GFD Acting Fire Chief Joey San Nicolas, the boys set out to hike the trail in San Carlos Falls but weather conditions changed rapidly which is not uncommon in the area. Even the most experienced hikers will have difficulty escaping hazardous conditions that happen quickly.

“They attempted to make their way back out and the last guy basically got separated from the group and they actually had to wait approximately about an hour for the conditions to calm down a bit and be able to cross the river and get to the other side and then call for help,” explained San Nicolas.

Reilly says rescuers located the bag at around 3 p.m. Monday along the river heading toward the Leo Palace bridge.

With the new lead, the search will now start from the bridge and pan outward toward the surrounding area. Helicopter units were dispatched within minutes of the discovery.

The search for the Father Duenas Memorial School student has been hampered by rough weather conditions and dense jungle but GFD, Guam Police, the US Coast Guard and the Navy’s HSC-25 has continued its search day and night for the boy.

Meanwhile, church counselors visited FDMS today to offer counseling for students and friends who may be affected by Akima’s disappearance.