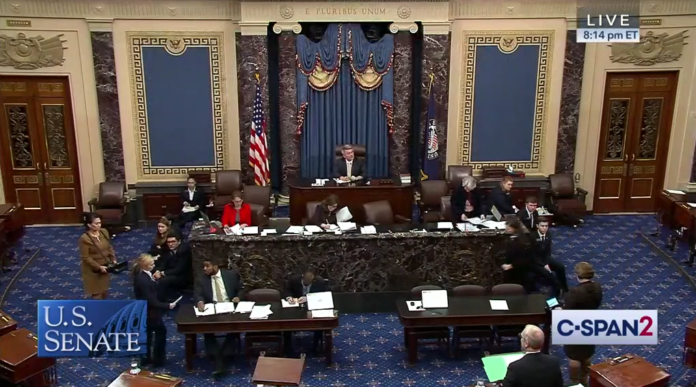 The path is now almost clear for the payment of all of the more than 3,000 war claims filed by the survivors of Guam’s occupation by the Japanese in World War Two.

The U.S. Senate finally passed the federal war claims corrections bill and it’s headed back to the House which needs to sign off on a minor amendment.

Congressman San Nicolas had to introduce H.R. 1365 in order to correct what former delegate Madeleine Bordallo and her staff left out of her World War Two Loyalty Recognition Act.

The correction, finally, will authorize the U.S. Treasury Department to actually issue checks to the adjudicated war claims already awarded to the island’s manåmko using Guam’s own section 30 funds, $23 million of which is now being held by the treasury department for claim payments.

H.R. 1365 cleared the House last June, also by unanimous consent. But it languished for months in the U.S. Senate, delayed in part by the Trump impeachment trial.

However, because the Senate added a minor technical amendment to the bill, H.R. 1365 must still go back to the U.S. House for their approval of the amended version of the bill.

Then it heads to the White House for President Trump’s signature in order to become law.

San Nicolas told K57’s Andrea Pellicani that once the Senate transmits it back to the House and the House resumes session, it should pass again by unanimous consent

“And so the House has just recessed this Friday. And they’ll be coming back into session a week from Tuesday. And I’m anticipating in that first day they should under suspension of the rules … they should pass H.R. 1365 as amended by the Senate,” San Nicolas said.

Reacting to the news, Acting Governor Josh Tenorio said they are very pleased with the passage of H.R. 1365.

“As soon as HR 1365 is signed into law by the President, our plan is to retire our operation at the local Guam war claims office. And the Treasury Department would then open their process to continue to get claims adjudicated and get them paid. So that’s good news,” Tenorio said.

Only when HR 1365 becomes law will the local war claims process that relies on Guam taxpayer funds be suspended. As of yesterday, the Department of Administration had paid out about $6.6 million to roughly 750 war survivors.