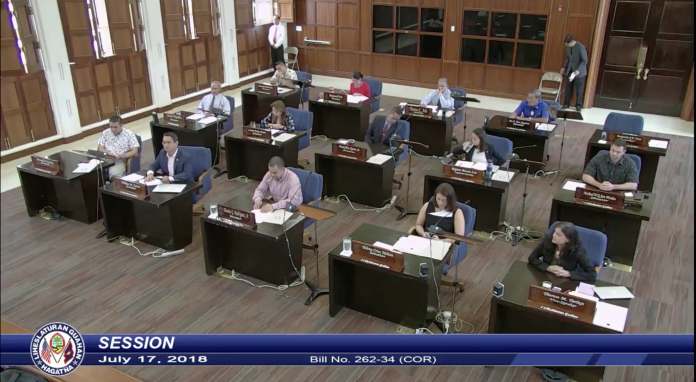 Guam – Not long after taking roll call during this morning’s emergency session, senators voted to override the governor’s veto of bill 262, a measure to repeal the 2 percent sales tax set to take effect on October 1.

The vote was 11 to 4, with those voting against the override to include Democrat Speaker BJ Cruz and Republican Sens. Wil Castro, Louise Muna and Tommy Morrison. The four lawmakers also voted against bill 262 during last month’s session.

Governor Calvo vetoed the bill during a press conference at Adelup last Friday, symbolically writing in big letters the word “veto” on paper before transmitting the document to the Legislature.

Immediately after today’s override vote, Sen. San Nicolas said, “I Magalahen Guahan in his letter regarding the veto of bill 262-34 regarded it as the most self-serving and irresponsible bill that has ever been passed by any legislature. Let the record reflect that today is the most significant override in the history of his administration based on his own standards.”