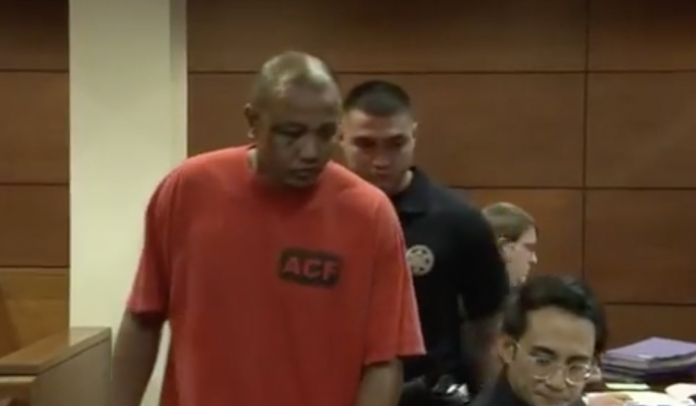 Guam – Newly released court documents detailing the harrowing story of the abduction and sexual assault of Piatra Tuncap may reveal what prompted this traumatizing incident to occur, including the alleged perpetrator’s violent history.

After being held captive for nearly 24 hours Piatra Tuncap’s alleged kidnapper Brian Cruz dropped her off near a church close her home where her family members helped the battered woman walk home.

According to a magistrate complaint, Tuncap told police that during her captivity she was hit approximately 30 times and was in an out of consciousness. Her injuries were so severe she spent that day at the Guam Memorial Hospital. Court documents detail that her “face was so badly injured that she had limited visibility due to the swelling around her eyes. She had an approximately half inch long bruise to her neck and multiple contusions to her face and arms beyond the swelling.”

In the safety of her family, Tuncap confirmed that it was in fact Cruz who kidnapped her after she attempted to call off their relationship.

On Monday, police officers located Cruz who denied having kidnapped Tuncap. According to court documents, he told police that she “wanted to go with him,” however when shown the surveillance footage depicting him placing Tuncap in a headlock and forcing her into the car, he allegedly admitted that his actions appeared to show a kidnapping.

Not surprisingly, as many alleged abusers do, police say he denied the assault on Tuncap, chalking it up to “sometimes he gets out of hand and that he and Tuncap argue, like any other couple would.”

Court documents state that while he held Tuncap captive he described driving around the island and staying in a motel. Despite claiming to have not engaged in criminal activity, Cruz reported that he felt it necessary to ditch the white sedan from the security camera footage because he knew that the footage was being circulated on social media.

Cruz admitted that members of his “crew” had provided him with an alternate vehicle instead of the white sedan, police say.

The white sedan was later discovered abandoned at Tagachang Beach with the interior burned. Police say it appears Cruz was attempting to conceal evidence of his assault on Tuncap. The complaint states that GPD was able to identify suspected blood at the base of the passenger seat.

When the kidnapping came to light, it was quickly learned that Cruz had a history of criminal offenses and according to court documents on January 30, 2017, Cruz was granted conditional release in a drug possession case by Superior Court Judge Vernon Perez. While on release for the drug possession charge, Cruz was accused of violating the conditions of his pre-trial release on two separate occasions. One violation was an assault charge that resulted in his re-arrest.

Then, on August 31, 2017, Brian Cruz was granted conditional release in the assault case by Superior Court Judge Michael Bordallo.

While everyone is innocent until proven guilty, his release in these cases after the alleged violations begs the question: why and how he was allowed to remain on the streets?

It appears that the charges in the second case escalated in violence and one of the questions raised as a release condition was whether or not the defendant would pose a danger to the community.

Nonetheless, for his most recent arrest involving kidnapping, he may remain behind bars for a while.

“The victim had told her that the defendant said he was capable of killing the victim before he forced her into the car and also he made a threat to kill her and her family before he released her. We believe this is an extremely serious case and that the defendant is a very real threat to the community. We are asking for a $250,000 cash bail,” the prosecution pleaded at a magistrate hearing today.

Meanwhile the public defender indicated that they would be filing the appropriate motions for his release in front of Judge Vernon Perez.

Cruz was charged with kidnapping, aggravated assault, family violence, felonious restraint and the special allegation of felony on felony release. His next hearing is set for September 14.