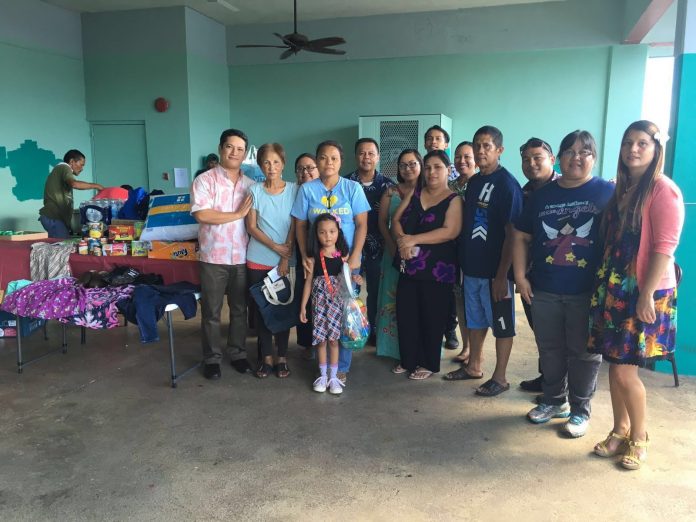 Eight residents were able to escape, but one resident was not able to make it out in time.

Guam – The family who lost their home and a relative in a house fire last weekend received some generous help today from the Bureau of Statistics and Plan.

The agency’s Morale and Welfare Committee made the donation of clothes, supplies and money to the victims at the Dededo Mayor’s Office.

Committee member Esther Camacho said in the release, “Our team is always looking out to help our fellow man and community over and above just helping ourselves.”

The fire happened in the early morning hours of March 19 in Machanao, Dededo. Eight residents were able to escape, however, one of the residents, 45-year-old Ernesto Tapang Jr. was not able to make it out in time.

Fire investigators are still investigating the cause of the fire.

You can read the full press by clicking on the file below.