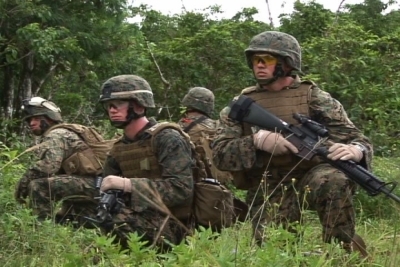 The deal frees up millions in domestic spending for the islands and offers a way forward for the FY ’16 defense bill, key for the military build-up and added military academy slots for the NMI.

It eases automatic budget cuts or sequestration, that started in 2011, that were at the heart of a fight between Republicans and the White House that led President Obama to use his veto pen last week.

Guam Congresswoman Madeleine Bordallo sided with Obama, but voted for the NDAA in negotiations with the Senate, since she lacks a floor vote. It was her only chance to back a bill that authorizes so much funding for the build-up.

The deal follows weeks of negotiations among outgoing House Speaker John Boehner, democratic leader Nancy Pelosi, senate leaders and the White House.  It sets up a vote in the House as early as midweek.

Short-term government funding runs out on December 11 and the nation’s debt limit must be extended by November 3.  The budget deal addresses both but may still face conservative and liberal opponents in both chambers.

However, passage could give Speaker Boehner, who’s stepping down Friday after repeated budget and policy fights with conservatives, a win on his way out and relieve expected incoming Speaker Paul Ryan of a debt limit and budget “headache” on the way in.