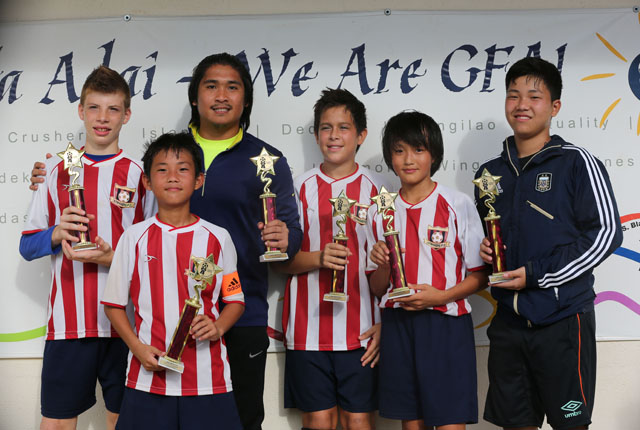 Guam – Even with just four players available to play on its roster, the Strykers U12 team managed to win all of its seven matches – including the U12 championship match against the Dededo Boys – in the first-ever Guam Football Association 3 v 3 Grassroots Tournament at the GFA National Training Center.

After dropping its pool play match against the Strykers earlier in the day, the Dededo Boys wasted no time finding the back of the net in their finals match-up and jumped to a quick 3-0 lead with a pair of goals from a speedy Diether Messner and one from Tino Buekis.

The Strykers eventually settled down and a goal from captain Leon Morimoto helped to spark his team’s scoring run in the half. Teammate Anthony Moon netted back-to-back goals to level the match, and a Mateo Ortega goal from the left side gave the Strykers the momentum they needed to start pulling away.

[The Strykers, champions of the U12 division of the Guam Football Association 3 v 3 Tournament, pose for a team photo with their trophies after an awards ceremony at the GFA National Training Center. In the photo from left are Ethan Elwell, Leon Morimoto, coach Ross Awa, Mateo Ortega, Anthony Moon and team manager Sena Morimoto.]

Facing a 10-5 deficit, the Dededo Boys began their attacking strategy early with another pair of goals from Messner. Morimoto kept the Strykers in the half with a goal after winning the ball from a goal kick, but the Dededo Boys relentlessly continued its attack. The Strykers’ 11-7 lead quickly whittled down to just one goal with another Messner strike and back-to-back goals from Jericho Snaer, but a goal by Morimoto in the final seconds put away the Dededo Boys for good.

“Even though we were down early in the game, we still stuck to our original game plan,” Morimoto said. “It was just a matter of bringing our passion to win back up. Every good pass, every goal, everyone clapping their hands and cheering us on – those things brought back our passion to win. 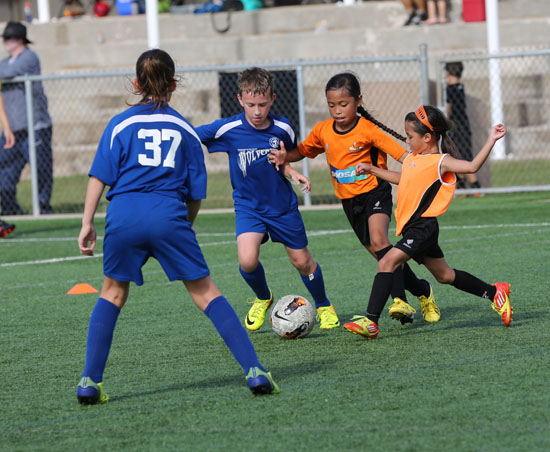 [The Orange Crushers I and the Guam Shipyard Wolverines I compete in a U8 division playoff match of the Guam Football Association 3 v 3 Grassroots Tournament at the GFA National Training Center.]

“It feels really good to have helped the team win the championship. It’s also a great way to finish, because it was probably the last match in Guam for one of our teammates, Mateo Ortega, who will be leaving soon,” Morimoto added.

The single-day grassroots tournament also featured matches in the U8 and U10 divisions. In the U8 division, the Bulldogs captured the championship title with a win over the Orange Crushers I. In the U10 division, the Islanders J defeated the Wingmen for the division crown.

Of the 57 total teams competing in the tournament, three were visiting from Tinian – the Tinian Titans in the U8 division and the Tinian Thunder and Tinian Typhoons in the U10 division. 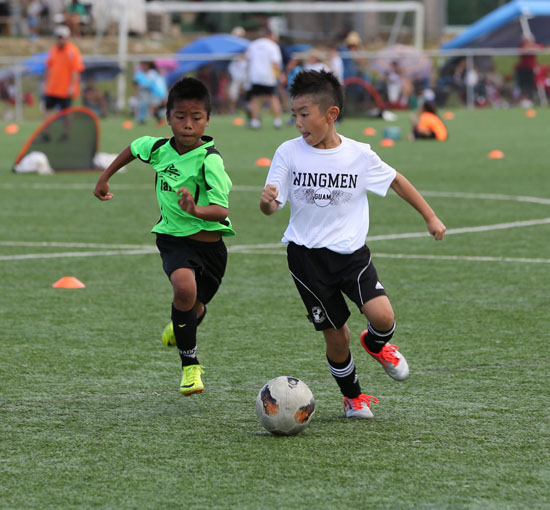 [The Wingmen and the Islanders Black play in a U10 pool play match of the Guam Football Association 3 v 3 Grassroots Tournament at the GFA National Training Center.]

“I liked the tournament and I liked all the scoring the most,” said Tinian Thunder’s Cielo Long, a nine-year-old student at Tinian Elementary School.

Although its just the second time Long has visited Guam, she and other soccer players from Tinian are no strangers to sports travel. Teams from Tinian compete in the Northern Mariana Islands Football Association leagues and rely mainly on corporate sponsors to fund their travels to Saipan to play matches when the leagues are in season. For this particular tournament, the teams had just three weeks to practice the 3 v 3 format after receiving an invitation from tournament organizer Randy Vavra, said Phillip Mendiola-Long, coach of the Tinian teams. 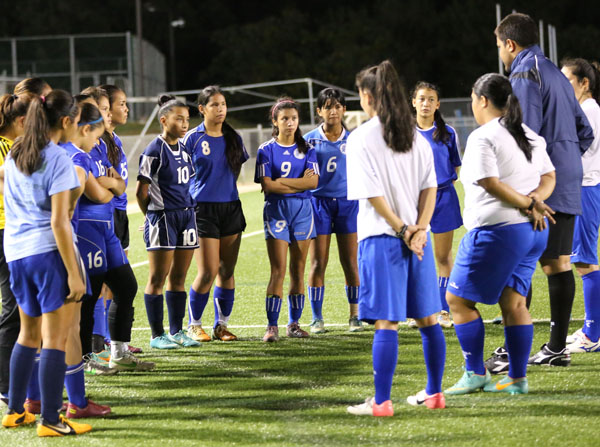 [The Tinian Thunder play against Tumon Soccer Club in a U10 pool play match of the Guam Football Association 3 v 3 Grassroots Tournament at the GFA National Training Center.]

“I really want to thank the parents for bringing their kids here to have this tournament experience. Of course, we wanted to play even more matches while we’re here, but overall the kids thoroughly enjoyed the experience,” Mendiola-Long added. 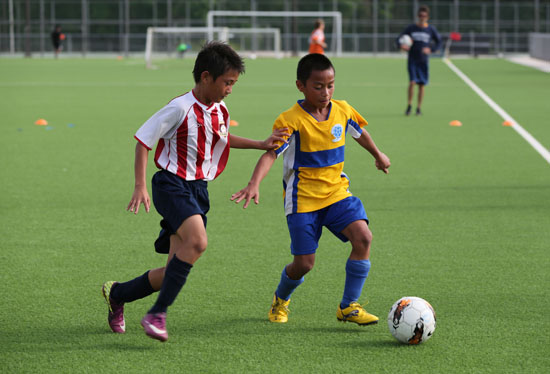 [The Strykers’ Leon Morimoto battles for possession of the ball with the Dededo Boys’ Diether Messner in the U12 division championship game of the Guam Football Association 3 v 3 Grassroots Tournament at the GFA National Training Center. The Strykers defeated the Dededo Boys 12-10 to win the championship title.]