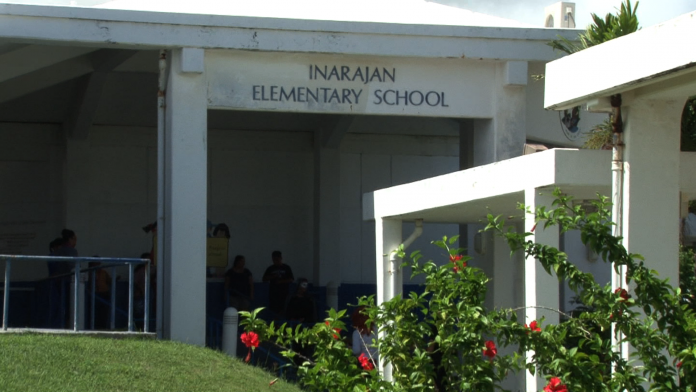 Guam – For the second day in a row, GDOE officials have found bullets on campus. At approximately 09:30 this morning, GDOE Public Information Officer Isa Baza confirms that a shelter-in-place procedure was initiated at the Inarajan Elementary School. The shelter-in-place was is response to a bullet found in a classroom.

Baza adds that no weapons were found. While GDOE cannot comment on student disciplinary action with regards to the bullet found today at Inarajan Elementary School, or the two bullets found yesterday at the Untalan Middle School Gymnasium, she does add that “bringing a bullet to school is a serious violation that could lead to serious consequences including suspension.”

While GDOE is conducting an administrative investigation into the matter, GPD’s Sgt. Paul Tapao also stated on Mornings with Patti that GPD is conducting its own investigation examine the criminal aspect. Tapao adds that from GPD’s perspective, the child can be charged for possession of explosives as a contraband case and parents can be charged with reckless endangerment and child abuse if parents don’t secure firearms and is easily accessible by kids.

The shelter-in-place lasted approximately 30 mins. At 10:06 the all clear was given.