Guam – A burglary suspect, who escaped from the Agat Precinct Wednesday afternoon was taken back into custody by Guam Police Wednesday evening about 7:30pm.

GPD Spokesman Officer A.J. Balajadia reports that  Benjamin Recanor was found at a home in the Santa Rita area by the Agat Precinct Command, with the assistance of the Criminal Justice Strike Force.

He will be processed with an additional charge of  Escape, said Balajadia.

Its not yet clear how he managed to escape from police custody.

He is described as having a slim build, short black hair and standing 5-feet 7-inches. He was last wearing a black budweiser T-shirt, black shorts and he has a dark complexion.

Officers are going door-to-door in the area looking for him.

Officer Balajadia also emphasized that the suspect is NOT considered armed or dangerous. 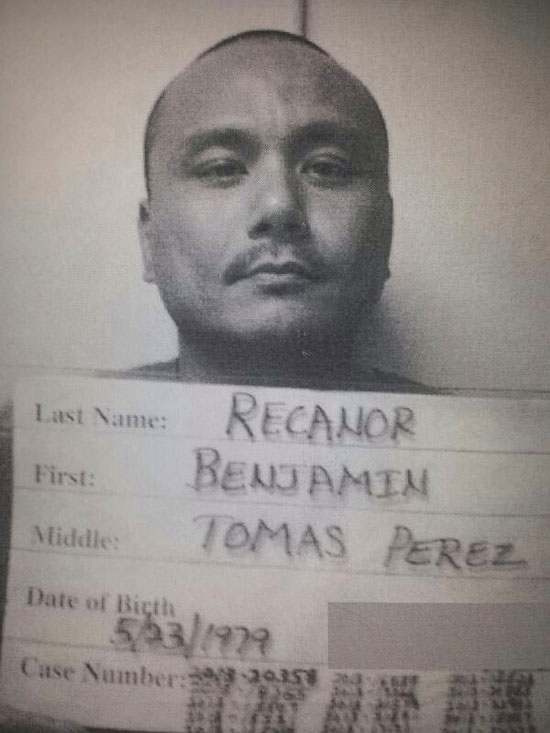 READ the releases from GPD Spokesman Officer A.J. Balajadia below:

BENJAMIN RECANOR, the burglary suspect who escaped from the Agat Precinct this afternoon.  Mr. Recanor was located at a residence within the Santa Rita area.

He is now in custody and will be processed and additional charged with Escape.

AGAT – 2:40pm – 2:50pm a suspect arrested for  burglary in talofofo and warrant of arrest escaped from the Agat Precinct.

Officers are checking door to door and Oceanview School for the suspect.

He is NOT considered armed or dangerous.

Anyone with information on his whereabouts please call the Guam Police Department.