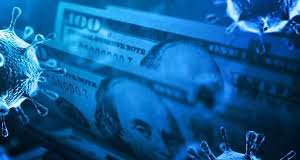 The U.S. House of Representatives followed the Senate’s lead and quickly passed a bill extending the application period for small businesses to apply for the SBA’s Paycheck Protection Program on Wednesday night.

There is a problem, however.

The extension won’t do any good for small businesses that have already received PPP funds.

Ken Lujan, the branch manager of Guam’s SBA office, says businesses that have already received PPP money cannot apply for a second one.

Congress has extended the application period for businesses to apply for SBA’s Payroll Protection Program until Aug. 8 and President Trump is expected to sign the bill into law.

In a statement to PNC News, Congressman Michael San Nicolas said: “The program is meant to help small businesses remain open and keep their employees on the payroll. … but it only applies to small businesses that have not yet applied for a PPP loan. We encourage financial institutions to continue processing any pending applications, and to consider accepting new applicants and re-applicants so that we may continue to keep businesses open and employees working.”

However, there won’t be any re-applicants. SBA Guam Branch Manager Ken Lujan said those that have already received a PPP loan can’t get another one

“We’re trying to get more money out to the small businesses that didn’t have the opportunity to apply. And there are still some out there that have not applied yet. But keep in mind that the program allows only one loan per applicant. So those that received PPP monies a couple of months ago are unable to go back for additional funds,” Lujan said.

So the extension is of no use to Guam Ocean Park whose owners had to lay off half of their staff Tuesday because their PPP funding ran out.

“Right. If they used up their monies in the time period of 8 weeks you can’t come back. They won’t be able to do that because the law restricts you to only one loan per applicant,” Lujan said.

The one-dip in the bucket rule is expected to be a problem not only for small businesses on Guam but for thousands of others across the nation who may be forced to lay off employees once they run out of their one and only PPP funding.

Lujan suggests that businesses who have already used up their PPP funding can still apply for the SBA’s Economic Injury Disaster Loan or EIDL.