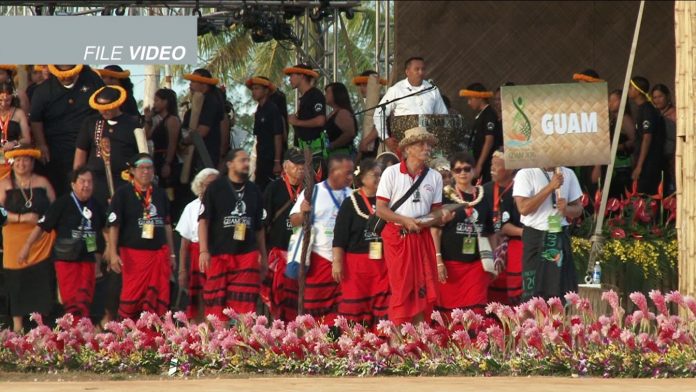 “…it appears that there are more expenditures than there is money to pay those expenditures.” – Public Auditor Doris Flores Brooks

Guam – The less than perfect finances over Guam hosting the Festival of Pacific Arts is once again in the spotlight, after a letter was fired off highlighting that local delegates have yet to be reimbursed for logistical expenses they fronted.

Council of Arts and Humanities Chairperson Judi Flores wrote to the top officials for FestPac this week: Guam Visitors Bureau General Manager Nate Denight and Adelup Deputy Chief of Staff Rose Ramsey, calling them out for not paying thousands to artists despite repeated requests.

A spreadsheet included in the letter, which was copied to island media, shows that even with a lowered approved budget, more than $300,000 has yet to be paid.  The council also specifically lists some $88,000 in expenses that were given to festival organizers, but have yet to be processed.  This lack of communication is being taken as a lack of appreciation, writes Flores.

Public Auditor Doris Flores Brooks, on K57’s Mornings with Patti said she too was waiting — because despite the festival ending in June, her office has yet to receive information to conduct a post-FestPac audit — supposing this could indicate the finances are in the red.

“I guess the situation really is that — it appears that there are more expenditures than there is money to pay those expenditures,” she said.

Denight also appeared on K57 this morning, and explained why some of the submitted expenses are being scrutinized by GVB.

“There’s times when we get a payment for reimbursement and its a  handwritten paper that says, you know, ‘I bought $100 worth of buchibuchi,’” he said.  “I don’t want to go in front of [the Public Auditor] with, you know ‘Hey Nate, you paid this and you shouldn’t have paid it.”

The CAHA chair wrote the money requested represents legitimate, documented, and logistical expenses.  Flores added while recognizing the FestPac committee is facing challenges to pay accounts due, “I appeal to you to first consider repayment to our artists.”

Denight says he will call a meeting to discuss the matter further, possibly slated for next month.