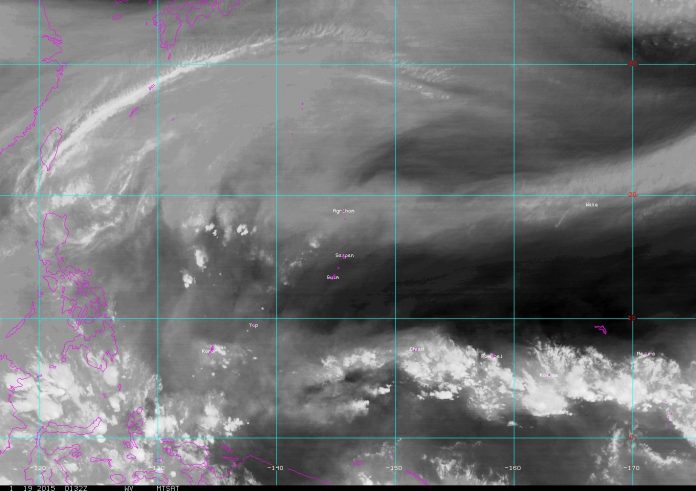 Guam – According to the National Weather Service’s statements released this morning Guam is expected have calm weather today.

In its area forecast discussion, NWS says “Pgua Doppler radar shows almost no showers in the Marianas waters.” Continuing in the discussion, NWS adds, “Satellite shows the expected clouds for tonight are nowhere in sight.”

In zone forecast for Guam, NWS also says  winds will be light and variable tonight.

However, NWS still says mostly cloudy sky with scattered showers is an open possibility for today afternoon, explaining that the models are delaying rather than eliminating the clouds.

.TUESDAY…MOSTLY SUNNY WITH ISOLATED SHOWERS. LIGHT AND VARIABLE WINDS BECOMING NORTHEAST AROUND 10 MPH IN THE AFTERNOON. HIGHS NEAR 85.