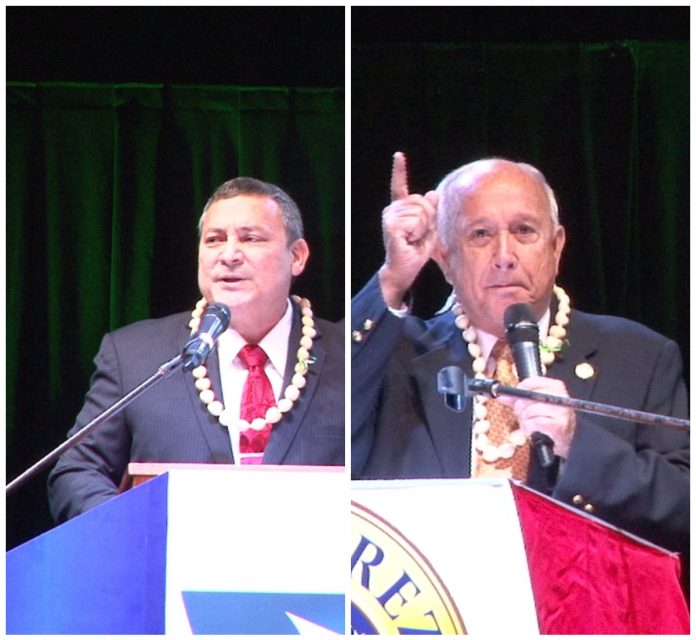 The Great Debate was held just five days before the election

Guam – There wasn’t a basketball game at the University of Guam Fieldhouse last night, but the sides were divided and plenty of cheerleaders filled the stands as the the Great Debate was held only five days before the Gubernatorial Election.

During opening statements Incumbent Governor Eddie Calvo jumped right into the game by accusing his opponent, former Governor Carl Gutierrez, of making false accusations about him.

“The lie that I gave tax write offs to a family business in the past few days after I said so many times no it has been proven a lie,” Calvo said.

“Why do you do that,” Guamataotao asked of the alleged right off. “Because you’re corrupt to help your family you do not do it for the people of Guam.”

As the debate went on both parties answered questions about the military buildup, Guam’s political status, health care, education, homelessness, and their relationships with the legislature

The debate was organized by public administration students at UOG.