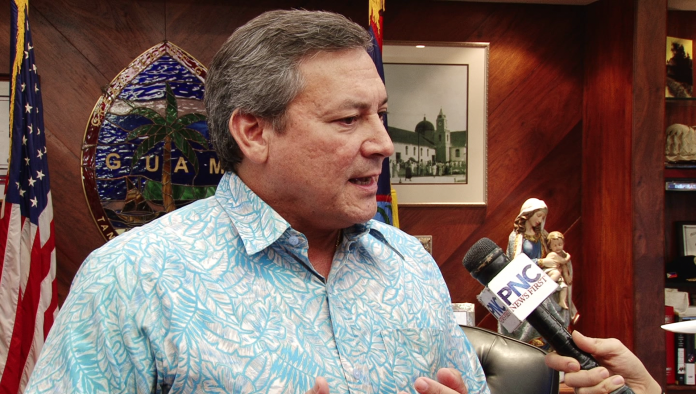 The governor called North Korea’s latest threat a “good sign” that they understand the consequences of an attack on Guam.

Guam – Governor Eddie Calvo believes that the most recent and very specific threat out of North Korea is potentially a “good sign” and even an acknowledgment that the U.S. could “cause the regime great harm” if they aren’t careful with their actions.

With North Korea ramping up its threats on Guam, now specifying not just where and how, but even when they could launch a missile strike on the U.S. territory, come a sense of relief, even a minute one, that perhaps these words are just that: only a threat. Governor Calvo reacted to the most recent statements out of North Korea.

“What Kim Jong Un likes to–he’s a man full of surprises, he likes to pick the rabbit out of a hat. He’ll shoot a missile out without telling anybody and that’s what has been causing concern,” noted Calvo.

And that’s exactly what North Korea has done over the last few years: launch missiles without warning. But today, they went as far as revealing their action plan for any attacks they may launch against Guam.

“I think the very nature of him telegraphing his punch is in itself an acknowledgment by North Korea and by their leader that they understand that if a mistake is made on their part and a misunderstanding occurs, then great harm will occur to himself and his regime in North Korea,” said Calvo.

But even if it could end up to be an empty threat, Governor Calvo says preparations are still and have been underway.

“What I can tell the general public is that if there’s any territory or state that is better prepared to handle any type of emergency, whether it’s manmade or natural, it’s Guam,” he said.