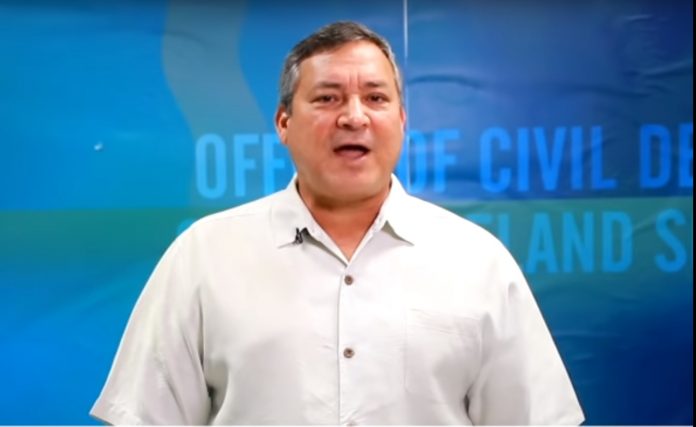 Guam – Governor Eddie Baza Calvo has finally sent a letter to the White House regarding Typhoon Mangkhut which made landfall on Guam three days ago.

However, his letter was not to request for a Presidential Emergency Declaration just yet.

The governor’s first letter to the White House post-typhoon Mangkhut is more of a heads up to the president – that he will submit a request for a Presidential Declaration of Emergency in the near future.

As you may recall, the governor has already declared a local state of emergency authorizing him to spend $250,000 a month in typhoon recovery aid. In addition, Calvo has also called the legislature into emergency session today with the intent to request up to $1 million in appropriations from the General Fund for disaster aid.

In the event that a Presidential Emergency Declaration is granted by the president and GovGuam were to be reimbursed by the federal government, reimbursements would go back to the source from which the funds originated from – the general fund.

“I am committed to returning our island to normalcy. I am also committed to working with federal partner agencies, to see where additional aid is available,” stated Governor Calvo. “We know that recovery starts at the local level. Our people have done all they can to get back on their feet. Although Guam is and has been extremely resilient, it is now time to reach out for assistance, in whatever form that is,” Governor Calvo said in a statement.