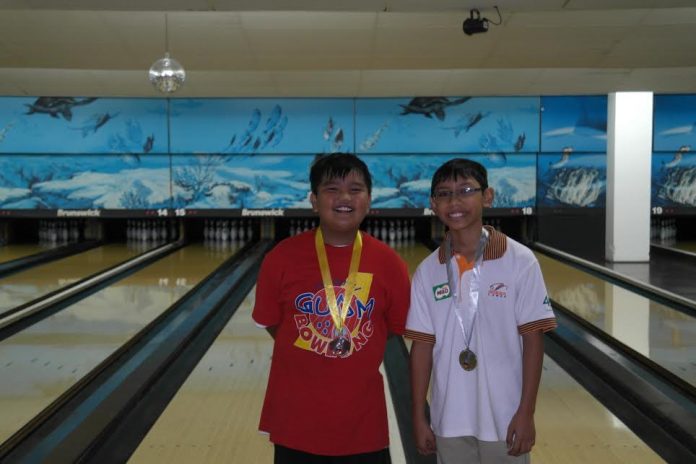 Tamuning, Guam – 11 year old Jeremiah Camacho took command of the field from the get go and never relinquished his lead to take pole position after the six game qualifying round of the McDonald’s Guam Youth Bowler of the Year held on Saturday, December 14, 2013 at the Central Lanes Bowling Center.  Thereafter, he waited until his opponent in the step ladder finals match emerged.  In the finals match up, it was a no contest as he annihilated the pins and steam rolled over second seed Noah Taimanglo 224+29 to 137+31 to repeat as the McDonald’s Guam Youth Bowler of the Year Champion.  Camacho got on the board early and strung strikes as Taimanglo was unable to connect and had difficulties sparing on the short condition oil pattern.

Taimanglo edged third seed Kendrick Garcia in the semi-final round 154+31 to 148+33 to set up the finals match up while Garcia settled for bronze ousting fourth seed Jaesang Lee 148+33 to 110+39.