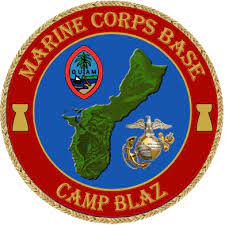 The Marine Corps Installations Command will host a reactivation and renaming ceremony for Marine Corps Base – Camp Blaz – at Asan Beach on January 27th 2022.

Following his 29-year marine Corps career – Blaz went on to serve as Guam’s Delegate to the U.S. House of Representatives. He served 4 consecutive terms.

The reactivation ceremony will officially recognize the activation and renaming of the Marine Corps Base after Marine Barracks Guam was deactivated on November 10th 1992.

According to the press release, the ceremony will honor the Blaz Family – while also honoring the relationship between the island of Guam and the US Marine Corps.