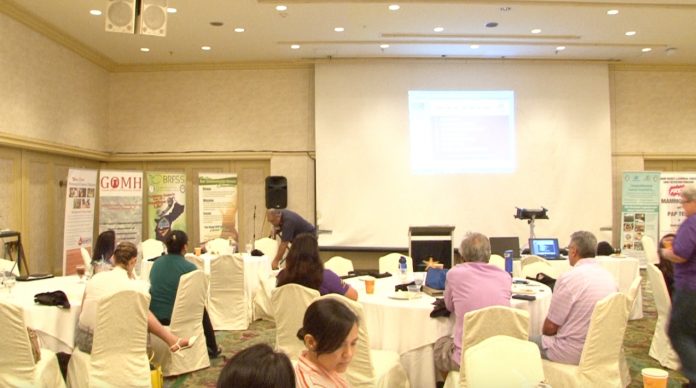 Guam – Public Health recently released the Guam cancer stats and figures for 2008-2012 and the numbers for Guam are troubling. According to Dr. Annette David, member of the UOG Cancer Outreach Team, Guam is “bucking the trend” with rising cancer diagnosis and cancer mortality rates compared to the United States where rates are falling.

Local physicians and community stakeholders met today to discuss the recently released Guam cancer stats and figures for 2008-2012. Dr. David says that Guam is going against the trend of lower cancer rates in the United States citing numbers in the report that suggest cancer diagnosis and mortality rates on Guam are on the rise. The report states that cancer incidences have increased 20-percent and cancer deaths have increased by 2.6-percent since the last five year period.

“You know in the us cancer rates are going down, cancer death is going down, here in Guam, we are bucking the trend, we are going up. Our cancer rate for new diagnosis is going up and our cancer mortality is going up,” said Dr. David. “Every day on average one person is diagnosed with cancer here on Guam,  [number] two is, cancer is the second cause of death on the island, every two and half days on average somebody dies from cancer here in Guam [number 3], there are three cancers that are common to both men and women, lung cancer, liver cancer, and color rectal cancer.”

The conference lasted several hours long and included presentations by various groups with action plans on how to improve the health of island residents. Stakeholders took to the stage to present ideas on how to reduce tobacco consumption, alcohol consumption and practice safe sex.