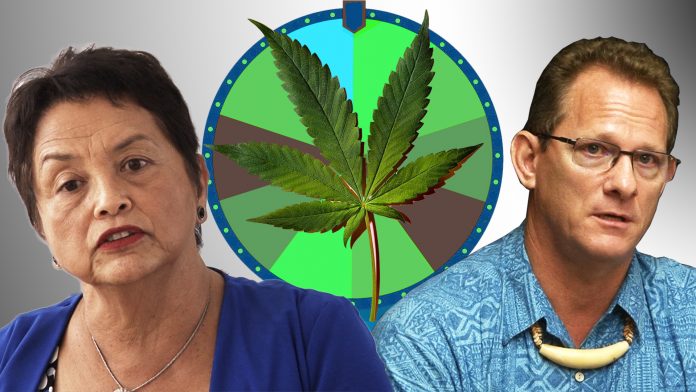 Guam – Would regulated casinos and recreational cannabis be good for Guam? That depends on who you talk to and under what conditions. Candidates for governor spelled out stipulations at the Guam Visitors Bureau’s gubernatorial forum in Tumon at lunchtime Tuesday.

While Republican nominee Lt. Governor Ray Tenorio said island leaders should consider the consequences of recreational marijuana before acting in haste to legalize it, Democratic nominee Lou Leon Guerrero said a lot of people smoke pot every day — legal or not — and that it’s high time Guam starts regulating and taxing recreational cannabis.

However, Leon Guerrero remains dead-set against legalized casinos, while Tenorio says voters should continue to be empowered to decide on casinos and marijuana, via referendum.

“I do not support legalizing casinos…because I want to make sure our island continues to be a family-friendly, family-oriented, and family-preserved kind of destination,” Leon Guerrero told visitor industry executives.

The lieutenant governor distinguished between some types of legislation being more appropriate for representative democracy and others being better suited to “true” or direct democracy. And he said such game-changing issues such as casino gaming and cannabis legalization and regulation should be decided directly by the electorate.

The Commonwealth of the Northern Mariana Islands legalized casino gaming in Saipan years ago and recreational marijuana a month ago. Meanwhile, Her Majesty’s Government of Canada legalized recreational pot just a week ago.