Guam – Guam Police Wednesday reported they have arrested a third suspect in last week’s “burglary spree,” first reported by a 15 year old boy who has already turned in his mother and brother.

READ the magistarte’s report [4th one down] HERE

As PNC News reported Sunday, the 2 other suspects in the case were arrested last week and they were magistrated Friday in Superior Court.

The magistrate report tells of a scared 15 year old boy, identifed by the initials T.R., who told his Special Ed teacher at Okkodo High last week [Wednesday May 15] that his mother had threatened to kill him if he told anyone that she and his older brother had participated in a burglary spree the night before.

READ the Magistrate report HERE [scroll down, 5th one down]

According to Magistrate report, T.R. said his mother and older brother had taken him and his 10 year old sister along on a “‘burglary spree from Inarajan all the way to the northern part of Guam.'”   They all returned home at 1am, Wednesday morning when, the boy said, his mother “got upset and became violent” towards him.  He told the teacher his mother said “‘I’m going to kill you if you tell’ anyone about the burglaries.” 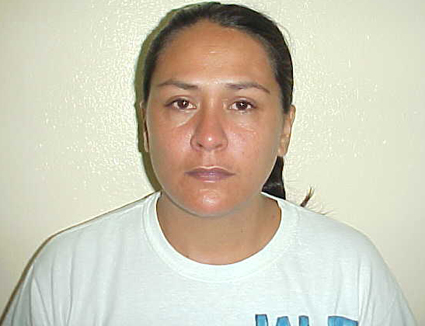 T.R. said the evening had begun when he, his younger sister, and his older brother went for a drive with their mother’s friend, identified only as “Candy” in the Magistrate’s report. [ Candelaria Mendiola Perez had not yet been arrested last Friday]. T.R. said that “Candy” was the driver and that “Candy” and his older brother Anthony were the ones that went inside the homes and “and stole items from houses.” Later, the boy showed police the homes where some of the items had been stolen from.

As [proof, the boy gave the teacher a passport and credit cards belonging to a woman in Tamuning whose home had been broken into the night before. He also brought his Nintendo DSI and gave it to the teacher on which “he had taken pictures of items at his house that he likewise believed to have been purloined.”  The photos were of a television, two laptops, garden figurines and potted plants.

Both Gumataotao and Tedtaotao were charged last Friday in Superior Court Friday with 2 counts of Burglary and one count of Theft of  Property. 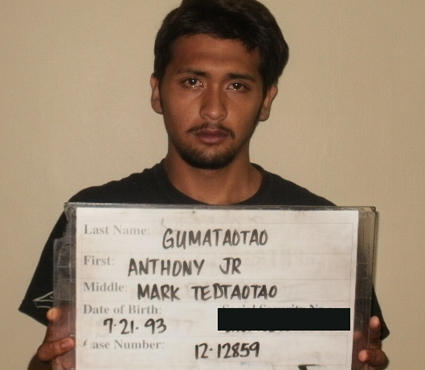 A 15-yrs-old male minor and his 10-yrs-old sister are in the custody of Child Protective Services after the male minor turned his mother into the police.

On May 15, 2013, at about 8am, a male minor arrived at his school and told his teacher that his mom and her friend took him and his baby sister on a burglary spree from Inarajan to the northern part of Guam.

The spree started at around 3pm after the mom picked them up after they got home from school. They victimized several houses in the central area and Tumon.

They arrived home around 1am the next day. Mom got upset and started assaulting her minor son and told him that she would kill him if he tells anyone about the burglary spree.

The male minor brought some stolen items to school and show it to his teacher. Teacher then reported the incident to the police. Based on the minors information Criminal Investigations Detectives closed six cases, two Burglaries, and four Theft of Properties.

They were booked and confined

“‘burglary spree from Inarajan all the way to the northern part of Guam.'”