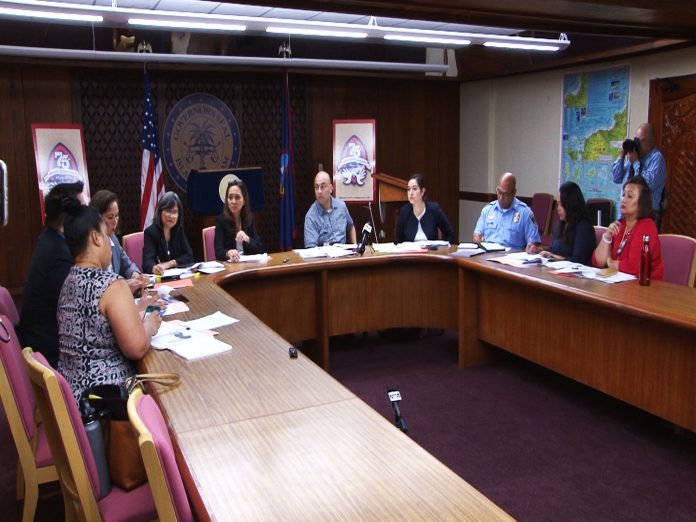 Guam – Members of the Cannabis Control Board met for the first time on Tuesday, April 3 in Adelup to vote on the board leadership and discuss pending statutory matters.

Representative to the Governor’s Office, Adrian Cruz sparked the conversation, “We have an opportunity to nurture a homegrown industry which will be a great boom for our economy. You all also have the responsibility to regulate and safe guard our island, especially our youth, from the black market trade of illicit substances.”

Cruz added, “We all have an important task before us and the governor trusts that you will pass regulations that will protect our community and she’s fully confident that our people’s hopes and interests will be carried out by your board.”

For the board leadership, Attorney Vanessa Williams and Department of Revenue and Taxation director were voted as board chairperson and vice chairperson, respectively.

Following the designation of the top two posts, the body decided on the leadership of the four board subcommittees.

According to ACruz these are working subcommittees, with voting to be had with the board as a whole. Clarifying the Board’s purpose and responsibilities remain the focal point of the body.

I do see in the law explicitly that our board does not regulate personal cultivation of cannabis and would like to be careful of people considering us an advisory board and they’re gonna come to the cannabis control board and ask us what they can and cannot do and thats not our jurisdiction, our jurisdiction is over licensing of growers and manufacturers and lab testers but not personal cultivators OUT3202

The underlying premise of the Board and its establishment of the rules and regulations for the adult use of cannabis is not reinventing the wheel, according to Cruz.

“The one advantage that we have is there are 10 other jurisdictions that have already gone through the growing pains of having recreational adult-use cannabis and so I think looking to them for some guidance is going to help us along a lot quicker than trying to reinvent the wheel,” Cruz said.

With the next board meeting scheduled 2 weeks from today, subcommittees are expected to get their work orders in line with their responsibilities – to include securing members of each committee. They are expected to provide a committee report a day prior to the the next meeting.

They have an entire year – after the passage of Senator Clynt Ridgell’s Guam Cannabis Industry Act of 2019 – to establish the rules and regulations.