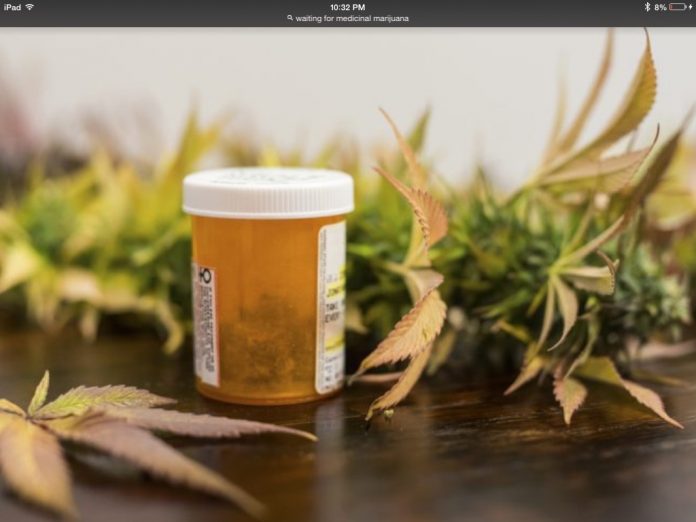 All talk, no show and no relief! As conversations linger over the implementation of the Joaquin “KC” Concepcion II Compassionate Cannabis Act of 2013. Medicinal Marijuana has been the law of the land for nearly four years on Guam but we continue to wait in pain and in vain for tangible results.

The cannabis use act is in danger of becoming bunk weed as the distinctive stench of ‘go-nowhere’ cannabis conversations continue to waft in the air, for nearly a decade. Since then it has manifested well over 19,000 individual votes in favor of its medical use on Guam. However, it has been nearly 4 years since those votes were casted to legalize it and many have since jumped on the bandwagon, fighting to attain what other residents have supported all along. All these years have come and gone and to this day the 19,692 yes votes accumilated in 2014 go unanswered and companion legislation and execution flounders. Guam is in danger of falling behind its neighbors in the CNMI where adult use could soon be the law of the land. Where have Guam’s cannabis conversations gone? Apparently, nowhere.

Year after year some form of attention is paid to cannabis in attempts to keep the conversation going; The latest of which was a public hearing earlier this week. Another set of reefer related legislation was proposed, the first of which was Bill 302-34 relative to permitting the home cultivation of cannabis under certain conditions, authored by Senator Louise Muna. The other two authored by Senator Dennis Rodriguez Jr. were Bills 326-34 and 327-34, the former relative to granting waiver authority to the governor of Guam for certain requirements related to laboratories and dispensaries as those requirements are set out in the Joaquin “KC” Conception II Compassionate Cannabis Act of 2013 and the latter relative to eliminating the requirement of 51% local ownership in the medicinal cannabis testing laboratory.

Legislators opened the flood gates to public opinion this past Tuesday and Senator Muna says “Guam’s medicinal marijuana bill is now 4 years old, unfortunately there are so many people who are terminally ill that remain unable to benefit from this kind of relief from the cannabis that this law provides or should provide for them” adding “Being here 5 years ago to say the exact same thing and we’re still in the exact same position.”

One after another testimonies were made, all of which sang the same tune. A long-time resident whose husband is a marine veteran, medical marijuana licensed and PTSD victim shares her account of the long wait, “I was thankful to see that it was legal and then we arrived and I found out, well actually it’s not here and not established. So I attended the first public hearing that I heard about that summer in 2015 over in Mangilao and then the second public hearing last year for medical marijuana, so this is my third one. Still saying the same thing, that it definitely should be happening and the sooner the better.” Another resident who also testified at the very first public hearing five years ago says, “You know it’s been 5 years, sinko anos. Kuanto na taotao na man matai para eyu desdi eyu na tiempo? Kuanto?

“Gillan says he retired from DPHSS because of Medical Marijuana” – February 6th, 2018

Eight years of headlines with little to show for progress have failed to discourage advocates. However, despite being offered yet another round of bills that may just give the people what they have been asking for, the bulk of Tuesday’s testimonies suggested that the legalization of cannabis for all adults should come first.

Pelacani, “Home cultivation doesn’t promote more sophisticated delivery methods that patients may find more convevient and discrete, which is prperly tested and dosed such as trans-dermal patches, suppositories or any other delivery methods that would be made available with manufactors in place.”

So why all the wait? Apparently the executive branch has fialed in its duty to execute the law.

Pelacani, “Before I dicuss these bills I’d like to reiterate that the executive branch has failed in its duty to execute that law in place that the people of Guam have overhwelmingly supported with a vote of 19,692 since then they have produced no tangible results, no formal commission meeting and no meaning for budget. How many more laws can this legislature pass as the governor and the department of ppublic health and social services continues to kick this can down the road, essentially thumbing their collective noses at the people of Guam.”

Parkinson, “But it is misguided and short-sided half measures that attempts to put a band aid on the gun shot wound that has been the failed implementation of medicinal cannabis from the executive branch.”

31 US states have legalized medicial marijuana with 9 of them also making it recreational. Only time or execution will prove whether the latest packet of proposed reefer related bills are worth the wait or if they are mere attempts at keeping the cannabis conversations relevant.