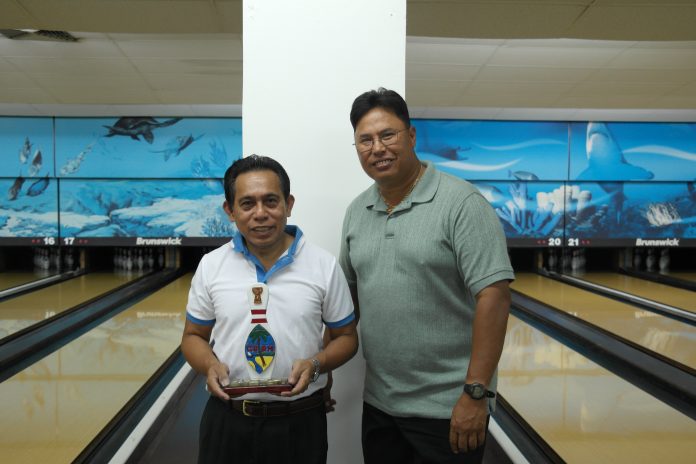 Tamuning, Guam- Edgar Caper is making his presence felt in the senior bowling scene as he climbed from 9th position to capture his second title of 2013 Sunday by edging former titleholder Jimmy Pinaula 201-193 plus handicap.

In the quarterfinal round Caper continued his quest by upsetting 3rd seed veteran Rudy Palaganas. A missed spare stopped Bal Perez in the other match that handed 4th seed grand senior Ben San Agustin a spot in the semi-finals.

The finals was a tight match until a solid hit in the eight frame left a wide split for Pinaula that opened the door for Caper to win the April Senior Bowler of the Month.

The next senior monthly bowling tournament will be Sunday, May 26 at 11AM at Central Lanes. This handicapped senior bowling event is open to all bowlers aged 50 and above or will be 50 by December 31st of this year.