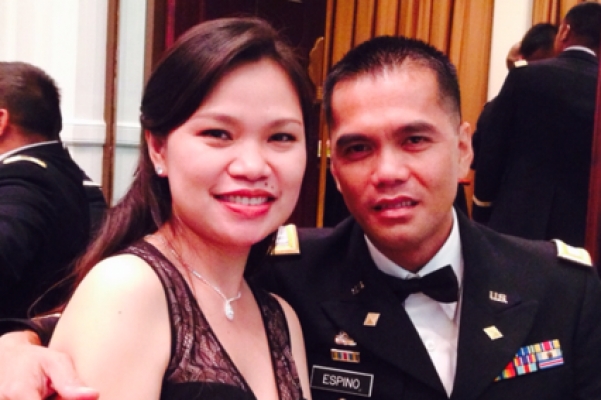 Captain Noel Espino was having dinner at a Lexington restaurant at the time of the accident.

Guam – An update on Guam guardsman Capt. Noel Espino, he has taken his first steps since losing his leg in a terrible accident while in Kentucky for training last September.

The video was submitted by Father Norman Fischer who befriended the Espino family while Captain Espino was recovering at a hospital in Lexington.

Captain Espino was in Kentucky for training and after stepping outside of a restaurant one night, Captain Espino was pinned to a wall by a car police say was being driven by Lexington Firefighter Jarad McCargo.

McCargo was charged with DUI and leaving the scene of an accident and was fired from his job shortly after the accident. Captain Espino was critically injured, losing his left leg as a result of the accident.

Below is a link to WTVQ’s story on Capt. Espino’s recovery: