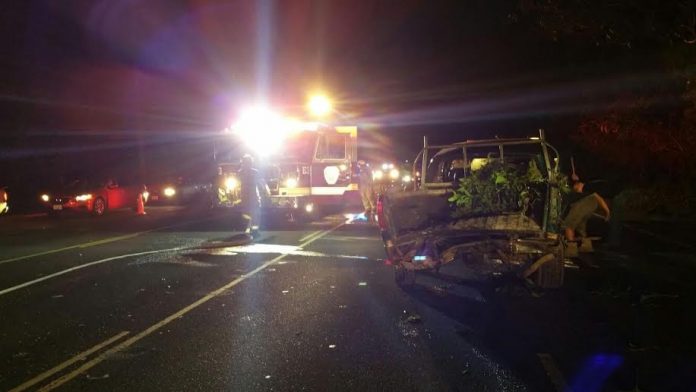 The accident was reported on Sunday.

Over the weekend, the Guam Fire Department responded to an accident that has left an infant child in critical condition.

On Sunday Night GFD units responded to a two vehicle crash on route 10 by Song Market in Mangilao. According to GFD Public Information Officer Kevin Reilly, three patients, one adult male, one adult female and a 6 month old male infant were transported to Guam Memorial Hospital to be treated for injuries. According to acting GMH spokesperson Theo Pangelinan, the two adult patients were treated in the ER and discharged while the infant was admitted and was in critical condition. As of news time Pangelinan says the baby was still in critical condition.