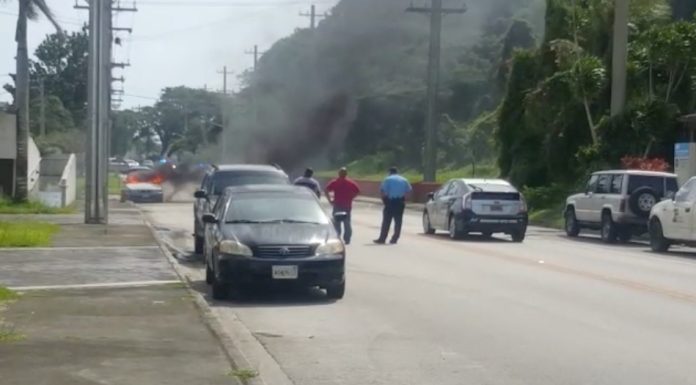 The vehicle appeared to be a BMW.

Guam – Meanwhile while the Navy and Guam Police Department were practicing an active shooter drill, the Guam fire department was responding to a real life situation,  a car that caught on fire on west O’Brien drive near the Pedro Plaza in Agana earlier today.

PNC was on the scene as police reservists and firefighters worked to distinguish the fire. Traffic in the area was cut off as firefighters and police attempted to tame the burning vehicle. It’s not clear when or if traffic was cleared and it’s also not clear whether any injuries were reported as a result of the fire as GFD spokesman Kevin Reilly did not return our calls