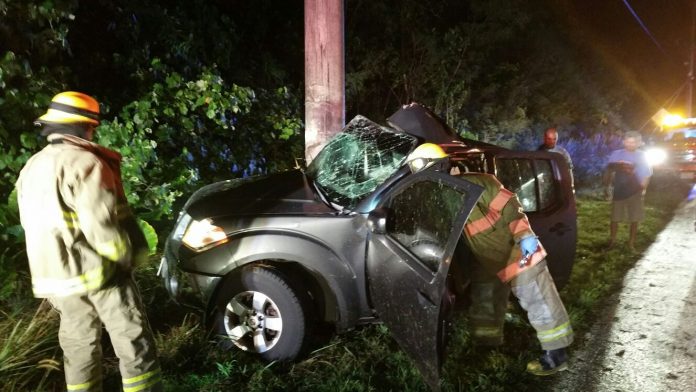 The victim was rushed to the Guam Regional Medical City.

Guam – An auto accident involving a power pole was reported this morning along Route 15 across the Takano subdivision in Yigo, sending one victim to the hospital.

Guam Fire Department Spokesperson Kevin Reilly says the accident was reported around 3:48 am of an auto versus pole motor vehicle crash.

“The driver and sole occupant was partially trapped and removed by medic personnel. Patient was pulseless and breathless and CPR was conducted by ambulance and advanced life support crews on scene and en route to the hospital,” says Reilly.

The victim was taken to the Guam Regional Medical City. His condition is not yet known.

The Guam Police Department is on scene to conduct an investigation into the cause of the crash.