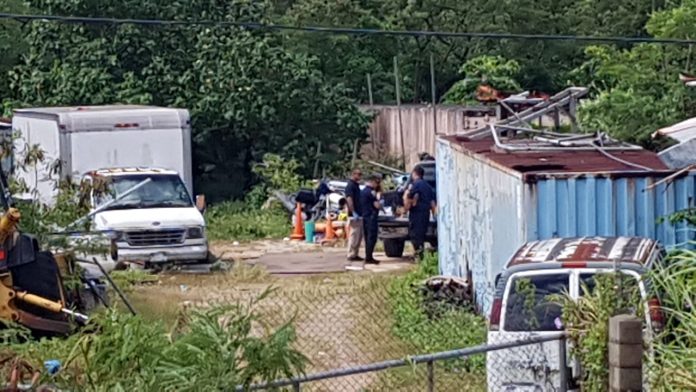 “The commission is diligently working to find a certified forensic pathologist to conduct an autopsy in connection with the deceased individual found in Harmon,” said Carlina Charfauros spokeswoman for the Office of the Attorney General.

Although a release by the Guam Police Department indicates that Frank Joseph Salas Guzman has been arrested in connection with an assault and car-jacking at the LSP Corporation in Harmon. The victim who was found unresponsive on Tuesday February 19 was later pronounced deceased by attending physicians, an autopsy has yet to be performed and murder charges have not been levied.

On Tuesday, February 26, the victim’s vehicle was located in the Ha’asu Dededo area.  Then on Wednesday February 27th, detectives were able to locate Frank Joseph Salas Guzman at his home in Dededo. He was arrested for the following offenses: Aggravated Assault; Robbery; Possession and Use of a Deadly Weapon in the Commission of a Felony; Theft of a Motor Vehicle; Destruction of Evidence; Criminal Trespass; Assault and Theft of Property from a Vehicle. He was booked and confined. This case has been forwarded to the Office of the Attorney General for prosecution.