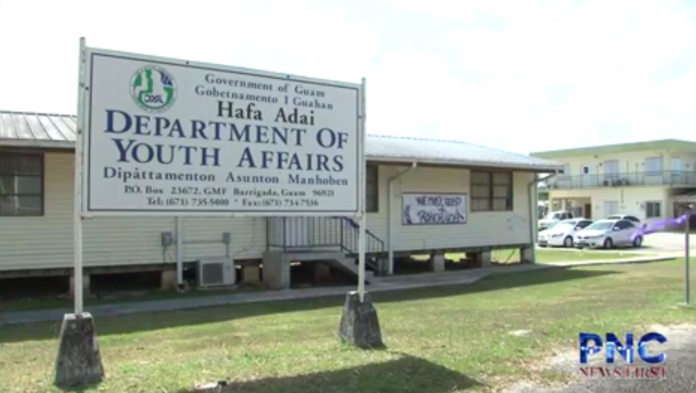 Guam – A group of minors, who stole a car over the weekend, has put youth crime in the spotlight. Their actions raised questions on what can be done to address young offenders -an issue that has been around for two decades.

Juvenile delinquency is one of the most important issues facing Guam as a community, and if a crime is committed by a minor, age will not protect them from the consequences. However, cooperating with authorities may help get the minor through the justice system and back on track.

Guam Police Department spokesman Sgt. Paul Tapao said, “It is at the discretion of the officers if they see fit that a minor was cooperative and there is an agreement with the parent that they are going to walk them through the judicial system. In line with the office of the AG, restorative justice can be issued where confinement wasn’t a fit at the time or a confinement was recommended,” Tapao said.

This was the case for a group of three minors who over the weekend stole a car from the Agana Heights Coconut Festival. Of the three minors, one was located by police and questioned.

“The minor had cooperated, provided us with the names of the two individuals, where they stay. This case is going to be in the hands of our juvenile investigators,” Tapao said.

The minor’s actions have thrust youth crime in the spotlight, but crimes involving minors and how to address it has been a longstanding issue in the community.

Dr. Juan Rapadas said, “It is kind of a trend over the last 20 years. In justice reform – this idea that anyone under 18 there is just a lot not that anyone else doesn’t have family ties. The fact is that they are minors and what is needed, 100 percent of the time is parent involvement. I think most of the problems come when the parent themselves are quite dysfunctional and those are the most difficult children to handle because the family itself is very dysfunctional.”

While at times youth can find themselves getting into trouble simply because they are bored or unsupervised, the child’s environment at home, school and the community are also a contributing factors.

At home significant factors have been highlighted like a history of substance or alcohol abuse, a history of poverty an impoverished environment really sets the conditions problematic family situations or conditions. History of mental health conditions; maybe there are caregivers that have mental health struggles so those can impact the child’s ability to thrive in the home

But is the judicial system enough to pull these young offenders out of a path of criminal activity?

Rapadas said, “I think that every case is going to be different I think that anytime that a parent is involved and helping out their child helping them move their case through the system by working with the officials, the court, probation, the police, that’s fine. ”

The most difficult cases, according to Rapadas, are the one when parental involvement is lacking. He said there has been instances when parents can’t even be located or contacted.

“Those are the most difficult ones. So we are actually happy when there is actually a parent to call and contact,” Rapadas said.