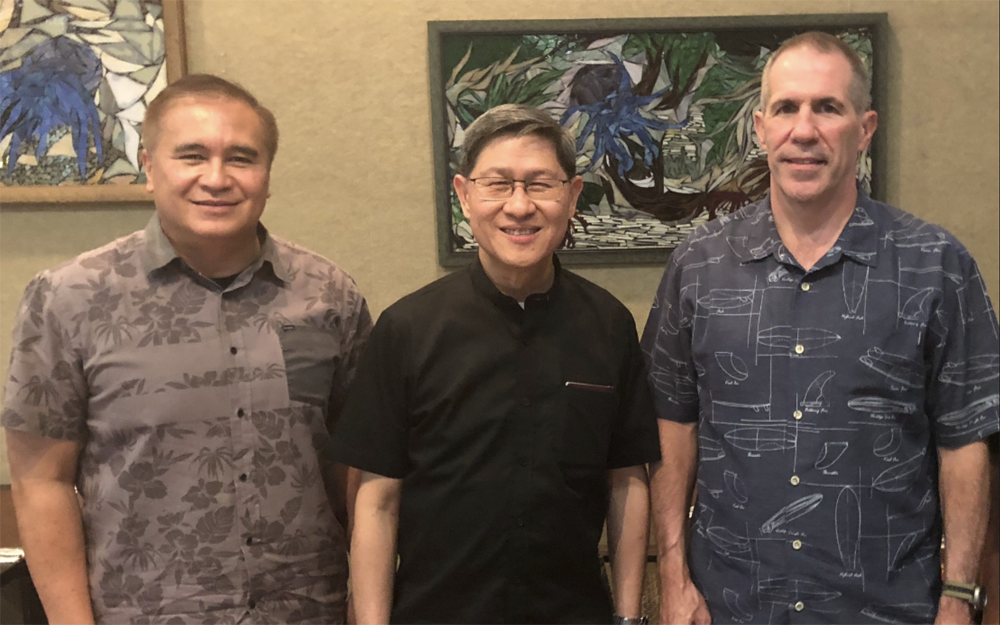 Cardinal Tagle was recently on Saipan to celebrate Simbang Gabi.

Guam – Cardinal Luis Antonio Tagle of the Archdiocese of Manila made a rare stop to Guam over the weekend and met with Coadjutor Archbishop Michael Byrnes.

The Archdiocese of Agana announced Cardinal Tagle’s visit in a release, saying the Archbishop of Manila was on Guam for only several hours while in transit back to Manila.

The cardinal was recently on Saipan to celebrate Simbang Gabi in the Diocese of Chalan Kanoa. Simbang Gabi is a Filipino catholic tradition of masses held for a period of 9 days in anticipation of Christmas.

In Saipan, Simbang Gabi was organized by Filipinos 40 years ago and this year, Cardinal Tagle was invited as a guest of honor.

During his brief stay on Guam, Cardinal Tagle shared a meal with Archbishop Byrnes, Monsignor James Benavente and Saipan’s Bishop Ryan Jimenez at a local restaurant.