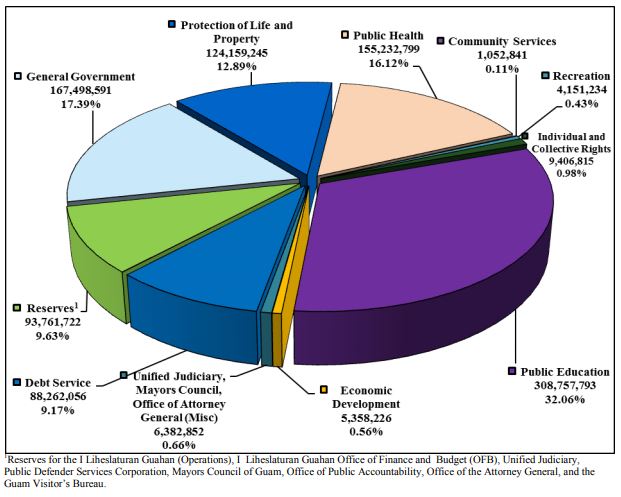 The audit is out and the numbers are up, but who’ll hold the bag? 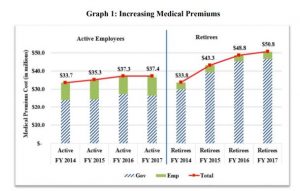 Guam – Every year GovGuam has shelled out more and more money to cover government workers’ and retirees’ medical bills. And a quick read between the lines of the Public Auditor’s recent analysis of health insurance contracts reveals just whose burden this is to bear—and at what rates.

Public Auditor Doris Brooks’ analysis shows GovGuam’s medical and dental insurance costs rising rapidly over the last four years. The culprit? A liberal outlay of care, including choice of providers and a government willing to pay 79% of patient premiums.

The broad list of care and coverage options available under the government insurance contracting program may seem a generous perk of public employment and retirement, but it’s costing taxpayers through the proverbial nose—a runny nose! Year after year, one GovGuam share of premium payments leapfrogging the last.

GovGuam’s share of premiums shot up nearly $10 million between fiscal years 2014 and ’15, and almost $9 million the year after that. Then came an incremental uptick of $700,000 between FY16 and ’17. The auditor’s report seems to suggest the payout was less a matter of keeping up with inflation, and more a matter of keeping up with expectations nurtured by law and a policy of patronage.

Adjusting for inflation, year over year, from FY14 to FY15, a two percent increase in the amount that  GovGuam pays  in medical premium rates from $56.9 million to $58.04 million would have been understandable, since the rate of inflation is out of Guam’s control.

But what about aspects of budgeting that do remain under local control? A seismic jump of 17.5 percent in the rate of premium payments GovGuam made for insurance beneficiaries in FY15 may raise worthwhile questions about how much the government can bear as voters and politicians approach August and November elections.

Such questions loom while annual GovGuam budgets approach a billion dollars and the island’s debt is ratcheting its way up to $3 billion, due to heavy bond borrowing, court orders, and federal requirements such as receiverships, all due to the arguable fiscal and fiduciary mismanagement of local public finances.

Also lumped into this foreboding equation is the findings of a U.S. Government Accountability Office report last fall showing that GovGuam’s unfunded pensions and post-employment benefits may pose a risk.

The good news may be a mixed bag for patients. A new public law will limit GovGuam to the selection of a single insurance provider. While rates are likely to drop, healthcare options will be limited.

In theory, the Trump Tax Cuts may glimmer a little more light at the end of the tunnel for certain local taxpayers, businesses, and employees. Ideally, substantial tax savings would wind up reinvested into business operations, hiring, and pay raises.