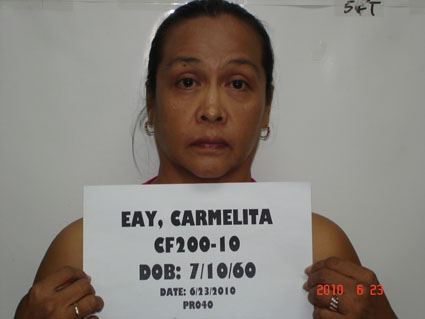 According to a release from the Marshal’s Office, Leon Guerrero, also known as Carmelita Eay, was wanted for violation of probation on an initial charge of possession of a controlled substance.

A warrent for her arrest had been issued on July 22ed and a wanted notice was released by the Marshal’s division.

She is now back in custody.